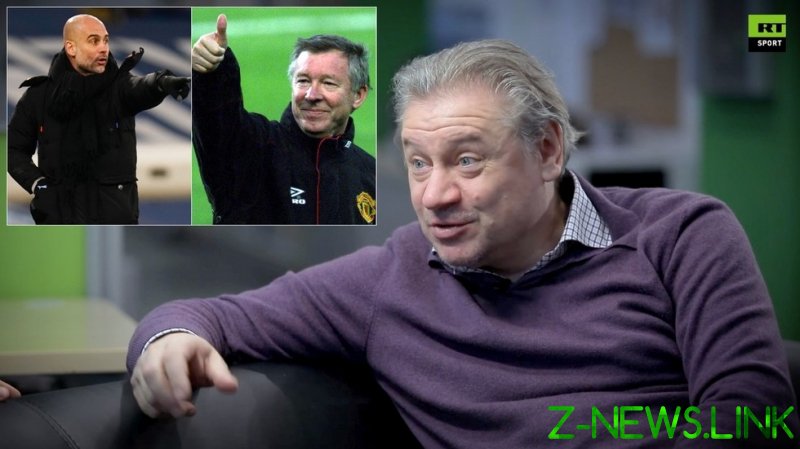 Kanchelskis won five major honours with United in a four-year spell with the Old Trafford club, but also enjoyed a brief loan stint at City later on in his career, and is one of a handful players to turn out for both in the Manchester derby.

However it was under Sir Alex that Kanchelskis, then an unknown and untried young winger from behind the Iron Curtain, emerged from anonymity and became a football superstar.

Currently, Pep Guardiola’s City lead the Premier League by 14 points ahead of neighbours and second-placed United, in the derby at the Etihad on Sunday, with victory all but sewing up the championship.

Speaking on RT Sport’s Down the Line with Andrei Kanchelskis, the 52-year-old says City are the “best team in Europe” and will “100 percent” be champions should they beat United.

“It’s a derby game, a special game for Man Utd and Man City. Difficult game [for Man Utd], playing away, Man City in great form, not dropping points. I said before, if you drop points in this period, December, January, February, if you don’t drop points, maybe you’ll win the title. 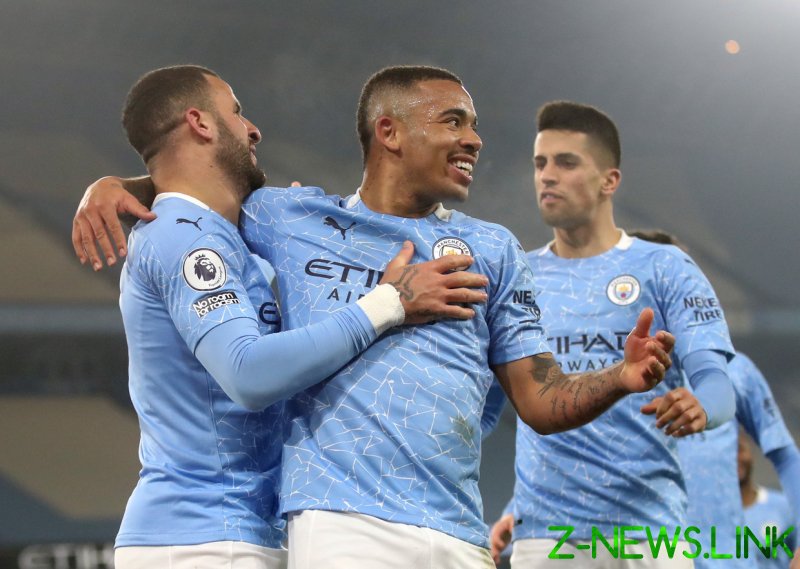 “This game is a derby, special for the players and fans… If Man Utd win, there’s a little bit of a chance for the race for the title. It’s an important game for Man Utd, because it’s against the best team in Europe at the moment.”

Despite achieving the most dominant domestic success of any club in recent years, Kanchelskis insists there is one thing missing from Pep Guardiola’s voluminous list of achievements, that prevents him from being considered in the same bracket of managerial greatness as Sir Alex Ferguson. 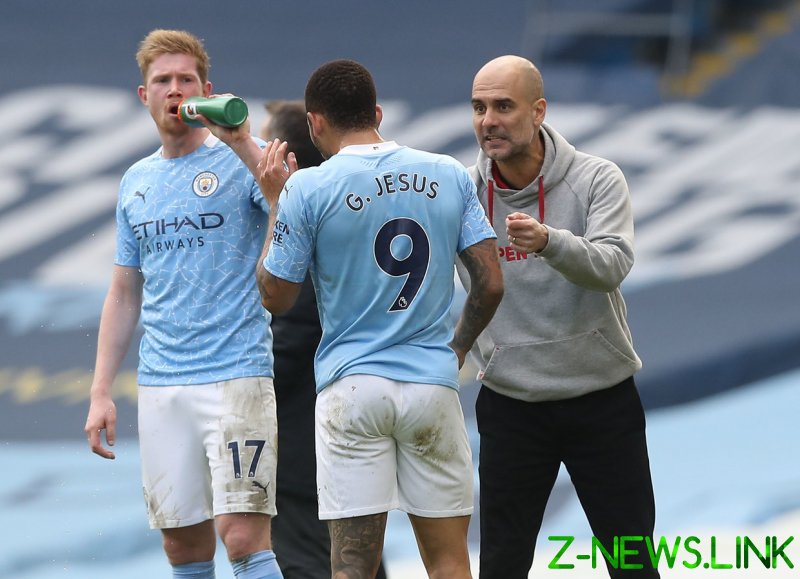 “If Guardiola wins the Champions League with Man City, OK, after we start to speak about Guardiola. Now Guardiola is a great coach, but not great like Sir Alex Ferguson.”

Ferguson won 13 league titles and two Champions League titles during his 26-year tenure at United. Guardiola won two European Cups With Barcelona – both in finals against United – and looks on course for his third Premier League crown in five years at the City helm.

Kanchelskis says the difference between the Spaniard and Ferguson is his relentless winning streaks which including two runs of three Premier League titles in a row from 1999-2001 and again from 2008-2010.

“Why I say Alex Ferguson is top? Because Man Utd win titles in a row, three times in a row. Guardiola, one title, the next season, problems. Klopp won the title, the next season is a little bit problems. Not the same level like Ferguson. That’s why I say Ferguson is the best, always stabilization,” Kanchelskis, who was part of two of Ferguson’s Premier League wins, notching back-to-back titles in 1993 and 1994, said. 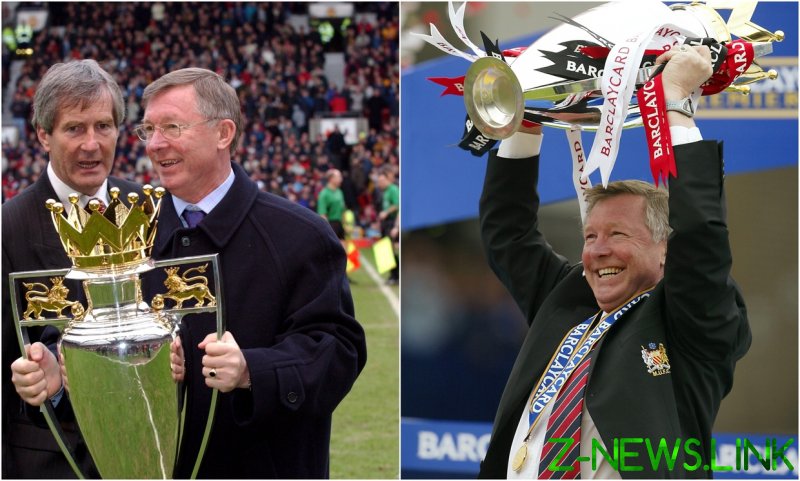 “He’s a great man, a great coach. He’s a sparkling man. Before the game, just concentration for the game. Half-time, if you play badly [he’s] very angry, aggressive, very bad shouting in the dressing room. After the game, he’s a new man, change, smiles, drinks for the players, speaking, laughing.

“For me, I saw in Ferguson a new coach. Because I was born in the USSR. Nobody was speaking to the coaches like the players speaking to Ferguson. It was a little bit scary coach [in the USSR]. Ferguson of course was scary before the game, during the game, but not after the game, it was OK. It’s a nice personality.”

Ferguson was famous for his ‘hairdryer treatment’ of berating under-performing players by leaning into their faces and barking his order, which Kanchelskis unwittingly suffered most apparently in an incident that involved the quick wit of his interpreter George Scanlan. 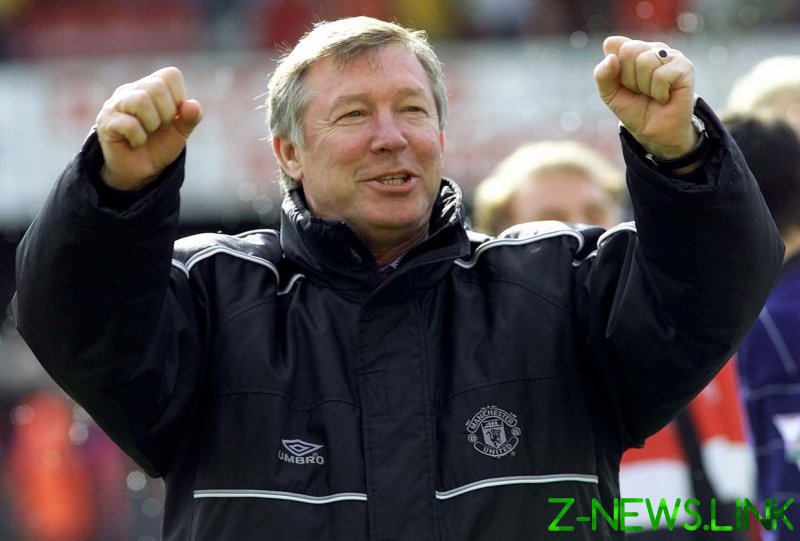 “After that I said to George, ‘what did he say’? And he said, ‘ah you played excellent, come on, come on.’ He told me after the game, that was a very [big] surprise for me.”

Kanchelskis was however complimentary of Guardiola’s attitude towards poor refereeing decisions, of which many of his rivals have often fell victim. The introduction of video assistant referees (VAR) has seen Frank Lampard, Jurgen Klopp and Ole Gunnar Solskjaer, as well as players and pundits, debate its suitability after consistently producing bizarre decisions determined by questionable criteria.

“Sometimes coaches say bad referees, no results, the referee is no good. I’ve never seen Guardiola say about referees. He never speaks too much, of course sometimes, but not so much, and now top of the league. No questions.”

Manchester City’s success has led pundits to compare them, as well as last season’s champions Liverpool, with the great Premier League sides of yesteryear. 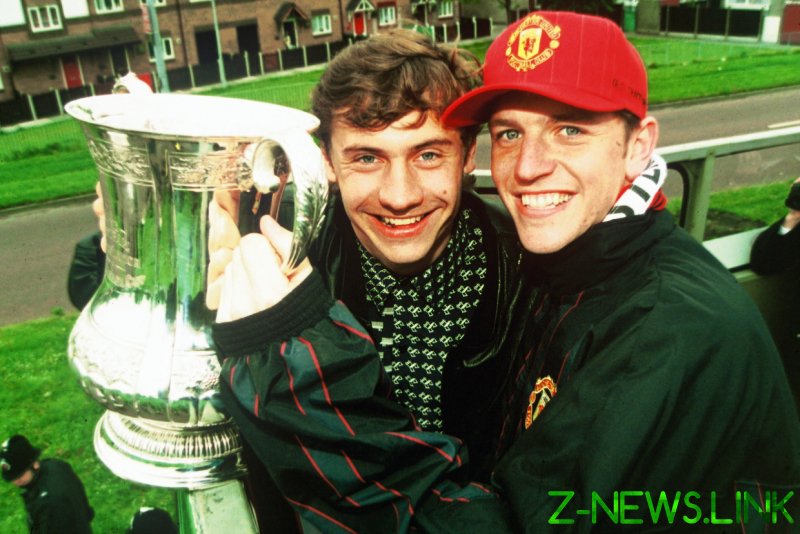 Among them are Ferguson’s double-winning team of 1994, in which Kanchelskis played an pivotal role on the right flank, his most famous individual feat being a hat trick in the Manchester derby at Old Trafford in 1994.