Home / policy / “People were taken to six o’clock in the morning, and since then the silence”

“People were taken to six o’clock in the morning, and since then the silence” 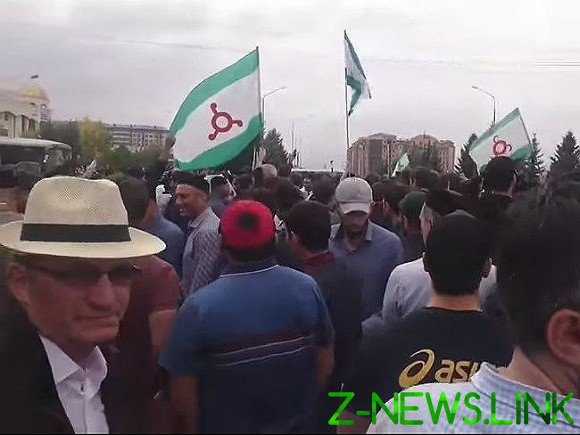 Protesters in Ingushetia reported about the disappearance of five men arrested

Five participants of the protest in Ingushetia detained on the morning of April 3 after mass searches, still have not made contact. This was reported in the group “ФортангаORG” in Facebook.

“I still do not know the whereabouts of the young people this morning, security forces took in for questioning. According to unconfirmed reports, they are in the jail of the city of Nalchik”, — stated in the message.

Among the missing — 28-year-old Amir Oskanov, 50-year-old Hawai of Zaurov, 31-year-old Abu Dobriev, Adam Azhigov and a member of the Ingush Committee for national unity of Bahaudin Khautieva.

The head of the local branch of the “Yabloko” Ruslan Mutsolgov confirmed “MBH media”. “No one knows where they are, that they compiled the materials, and so on. People taken at six in the morning, and since then, silence,” he was quoted Mutsolgov.

Recall that the protests in Magas began on March 26 because of a disagreement with the rules of the referendum to amend the border with Chechnya. Earlier, the deputies of the Parliament adopted the law “On referendum of the Republic of Ingushetia”, which States that the universal suffrage will no longer be brought questions about the change of borders of Ingushetia. Second reading was scheduled for the end of March, but after criticism of the opposition the head of the Republic withdrew the bill for improvements.