Home / WORLD / ‘People turn off their power because they can’t afford it’, Texas woman slapped with $11,000 electricity bill tells RT

‘People turn off their power because they can’t afford it’, Texas woman slapped with $11,000 electricity bill tells RT 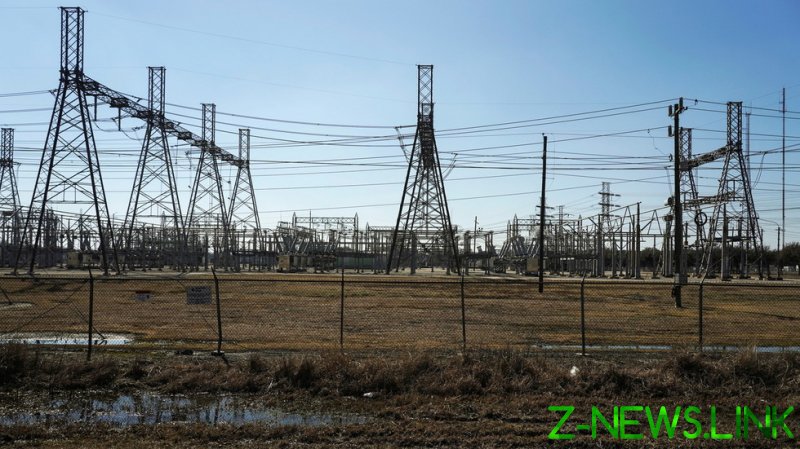 The pipes in her home burst, and the water was out for four days, but it turned out that it wasn’t the worst that happened to Akilah Scott-Amos during the Texan cold snap. While she was lucky enough to suffer only a brief power outage, the electricity bill of $11,000 that she received exceeded all her wildest expectations.

The woman was charged that much because she is serviced by a wholesale retailer of electricity. Such an arrangement is attractive when the market is stable – Scott-Amos’s usually paid around $40 or $50 during this period – but turned out disastrous in the time of crisis, for which the state and her electricity company “weren’t prepared.”

“I absolutely can’t afford it,” she said of the enormous bill, insisting that she had been saving as much power as possible during those difficult days.

They unfortunately put this on working and middle class families. This is going to break a lot of people financially. 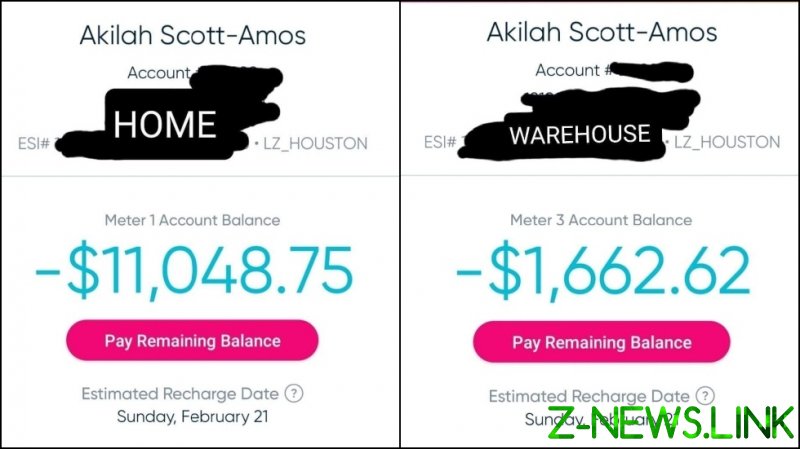 After she first told her story to the media, Scott-Amos received messages from numerous Texas families, who found themselves in a similar sorry situation.

The woman said that she understood that authorities prioritize help to those who suffered the most. “But the people, who did have power [and] were charged 300 times more than market rate so that they [companies] could make a profit” shouldn’t be abandoned too, she insisted. For now, Scott-Amos and others like her don’t qualify for any government support.

“Price gouging shouldn’t be allowed during this time,” she said, referring to both the cold snap and the Covid-19 pandemic, and urged authorities to intervene, adding that “basic utilities shouldn’t cost thousands.”