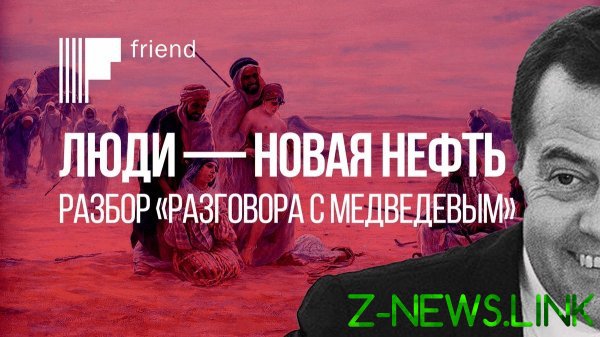 Comrades, another important news about the situation in the fuel sector. The recently published TASS Vladimir Putin said that a serious limitation of motor fuel prices will not be correct, as it will lead to higher prices due to the slowdown of the Russian refining business. He said: “it tighten, strangle is very dangerous, because then will not invest in the enterprises of oil refining, and this at some point can give a very big spike in prices.”

Of course, the topic of fuel prices is very important in our country. People are dissatisfied with the situation in which the fuel produced in our country of the resources that are also being sold by the usual market principles. People, of course, want to change this situation, offering a variety of measures.

Comrades, let me be clear: as Putin – the official guard of the interests of the bourgeoisie – to declare a moratorium on the increase in fuel prices he wants. So resorts to various maneuvers. If you take a quote from his statements about a possible surge in oil prices in consequence of the refusal of private investment – the President is disingenuous. There is always the possibility of investing budget funds for the development of strategic industries. With the participation of the state in the division of profits from the sale of petroleum products.

The capitalists will not create shortages, but it will create a new brand of fuel that does not fall under the moratorium. Since all the fuel sector is in the hands of the capitalists and they understand how the high demand for this resource, the bourgeoisie will be a variety of ways to ensure that the price of fuel were released and were determined according to the “free” market mechanism, in which private owners again would be able to make enormous profits. This phenomenon occurred in our country during the “perestroika”, when the owners of the co-operative shops arranged an artificial shortage and, almost in tears, persuaded the country’s leadership to release the money. What all this led, I think, to say no. If, again, to continue consideration of historical analogies, we can see that the measures in the form of restriction of the prices of goods in our country were adopted during the NEP, and then of these problems, of course not, because the country was proclaimed socialism and the power was in the hands of the workers. The capitalists at that time acted according to the rules of the workers and under their supervision. And over time, more and more areas had worked on the socialist principle, that is, to satisfy needs, not to maximize profits. But today when the power in the country belongs to the capitalists, who dictate the rules of the game, such measures would lead to an imaginary abundance – when the goods on the shelves there, but the majority of their population can afford only loan: such precedents already exist, and this applies even to food. As already mentioned repeatedly – the bourgeoisie have only one property – the uncontrolled pursuit of profit.

This news does not end there. Putin also added that this year a significant growth of prices was not, but it was recorded last year. He also said that, according to experts, such dynamics was caused by the situation on world energy markets. “And it’s bad we need this situation to regulate, the government came to their senses too late, but still introduced certain rules according to which a part of the funds that the company would have received less if they had exported crude oil, they would have received from the government. But if the market situation will change, will change, and the interaction between the government and oil companies”, — said the head of state. That is, the President said that part of the profits that oil companies do not receive as a result of trade in the global market, they will be compensated from the budget, i.e. from our taxes to you, that from the point of view of income of a simple worker devalues the whole idea of state regulation of prices. It turns out that even if you do not drive the car and not buy fuel, you can still bring the profit of the oil industry, among other oligarchs, who using to transport its fuel products at each stage – add it to the final retail price. This simple fact (profit from taxes that go into the pockets of workers) again suggests that the state is not a separate omnipotent layer that can rein in anyone, whether a simple man or a capitalist, but merely a tool in the hands of the ruling class. In this case, the bourgeoisie, thanks to which it addresses issues in favor of their interests.

For example, consider the situation with fuel prices in the regions. According to the article — the data for June. According Sarbc and IA Neftegaz: retail prices for gasoline in Russia in June 2019 increased compared to may by 0.7%, diesel fuel — by 0.1%. Producer prices increased by 8.6%, in the Saratov region to 23.7%. Such data is resulted by Rosstat. The increase in consumer prices of gasoline of 0.8% or more was observed in 30 subjects of the Russian Federation. In four of the regions showed decline in prices, most notably in Sevastopol (-1,3%) and Crimea (-1,1%). On July 24 the state Duma adopted the bill on the adjustment of the damping mechanism to stabilize domestic market of oil products. The action of the next agreement to freeze prices for gasoline ended on June 30, 2019, the renewal is not planned. The government hopes to keep the rise in prices within inflation will help the market mechanisms. Otherwise, the authorities may impose protective duties on oil and oil products. From this it is evident that you Testament Prime Ministers: the people of new oil. After all most easier to take off share percentage to all the time to keep him in the dark about daily and hourly robbery and exploitation, rather than to impose a new tax, or to file, as do the greedy and evil rulers in the books of Western writers. Just the whole nation is in a situation of slow cook of the frog. Which because of the slow temperature rise does not understand that it will cook alive, and therefore die without trying to fight for life.

Comrades, to solve the problem of decent, socially guaranteed life without worrying about the future and their children, only proclaiming socialism, which initially will be subject to the plan necessary industries, in order to establish uninterrupted supply of the country. The production will be in the hands of the workers and will work to meet the needs of the population in paramount required the development of cognitive and other progressive motives of people, also the accumulation of additional product upgrades and expanded reproduction, but in any case not for profit private closed group of people. the First step is to create a party defending the objective interests of the majority. That’s what we do right now. We need you! Join us. Together we – force! Write on the following contacts: [email protected], in our group “Vkontakte”, Facebook and “Classmates”, as well as in voice chat: https://discordapp.com/invite/xB2ygyzТак will support our movement financially: https://money.yandex.ru/to/410013691609572