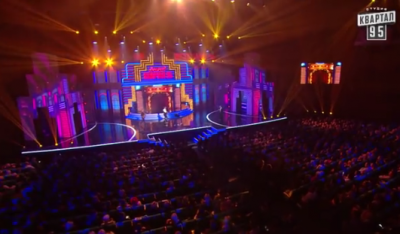 An unusual song from Valeria Zhidkova.

The representative of the author’s workshop Studio “Kvartal 95” Valery Zhidkov in a funny way to sing about the arrival of the President of Petro Poroshenko to power, and his intentions to run for a second term.

“The country had problems, we went too far. First place in the list last, it seemed to us not so deep. What are we to do, where to go, give the Council of sages. And someone whispered, select immediately, the man from Vinnitsa,” – sung in the song.

Also Zhidkov sings about that a lot lately “people from Vinnytsia” moved to work in Kiev.

It will be recalled that Poroshenko is originally from Odessa region, but it is often attributed to the winery, where he is the plant of Roshen. For a long time, Poroshenko has collaborated with Volodymyr Groysman, who in 2006 held a post of the mayor of Vinnitsa. After arrival on a post of the President Poroshenko took his team not only, but also of Vladimir Kistion, who was a Deputy mayor of Vinnytsia. Thus, the current government is often referred to as “Vinnitskii”.

See also:  "Ostalo": stebutsya over the "drunk" tree in the occupied Donetsk