Home / policy / People are waiting for gingerbread from the vertical

People are waiting for gingerbread from the vertical 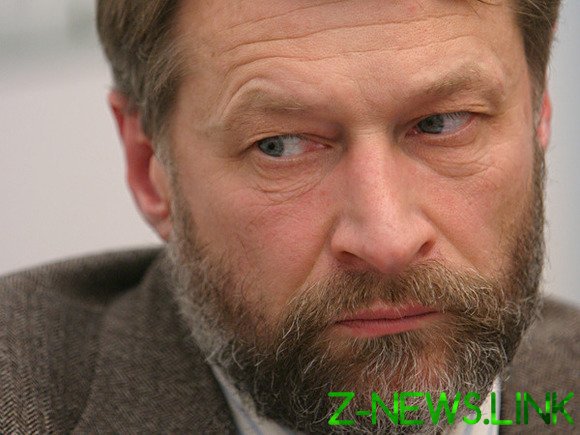 In the current economic and social conditions to increase uncontrollably, military spending can only North Korea, but not Russia, said political analyst Dmitry Oreshkin.

In the Russian Federation for the second year officially reduced military spending. Their total volume of our country by the end of 2018 fell out of the top five States with the highest spending on defense, behind India and France. Such data are published in its annual report the Stockholm Institute for peace studies (SIPRI).

The first in the world in spending on weapons, as in previous years, by the United States. For the first time since 2010, spending of this country for such purposes increased by 4.6%, reaching in 2018 649 billion. In second place, also for a long time, China $ 250 billion. In third place, also is not the first year, Saudi Arabia (67.6 billion). And this despite the fact that the Kingdom, which is mired in a war in Yemen for several years in a state of economic crisis and in 2018, have reduced their defence spending over 4.6 billion dollars. Only slightly inferior to the Saudis in the total volume of military expenditure in India (66.5 billion us dollars).

Russia in 2017 in the SIPRI rating was in fourth place. However, in 2018 it went to India, and the fifth place of the countries with the highest military expenditure now is France (by 63.8 billion). At the end of last year, Moscow was content with the sixth position with $ 61.4 billion. Characteristically, the decline in the share of the budget going for these purposes, happening in Russia for the second year in a row. In 2017, Russia cut military spending by 20%, and in 2018 following a further 3.5%.

The Chairman of the state Duma Commission on legal support to the development organizations of the defense-industrial complex Vladimir Gutenev, who according to RIA Novosti, said that Russia in the coming years will continue to reduce the cost of the purchase of arms, as their peak passed in 2017.

Meanwhile, it is worth Recalling that in the fall of 2018, Moscow gave Washington its proposal to issue a joint Declaration, which would be a fixed view that it is impossible to win a nuclear war and the need to prevent it. The white house a few months were silent, and then President Donald trump said that America is in favour of nuclear disarmament in the world. However, the fact is that the Russian initiatives of this kind can be regarded as unwillingness of Russia to a new arms race due to the weakness of the current Russian economy.

About the reasons why Russia continues to reduce its military expenditures, columnist of “Rosbalt” talked to political analyst Dmitry Oreshkin.

— I will remind that Moscow reduces the cost of the defense for the reason that of their peak in the framework of the program of rearmament of the Russian army has already passed, a year ago, said the press Secretary of the President Dmitry Peskov. Today, after the publication of the annual report, SIPRI on this subject, almost the same words spoken by the head of the Duma Commission on legal support to the development organizations of the defense-industrial complex Vladimir Gutenev. Do you agree with this assessment?

— Truth in their words there because you have already created these types of weapons that are dangerous enough. This is reminiscent of Soviet times, when Americans are, relatively speaking, could be ten times in a row to destroy our planet with nuclear weapons, and we only once. But it still was parity, because once would be enough.

Now, Yes, Russia would like to stop the arms race and engage in a more rational use of its resources. Unfortunately, it is not the fact that it is beneficial to the United States. Plus, you have to consider that today the United States is much more serious about China and the arms race they are already more with Beijing than with Moscow. And stay they did not intend, because for them China is much more obvious and powerful adversary.

At the same time, the logic in the reduction of the military budget is, as we have enough military resources to do not seem enough. They, these resources are probably lower quality, but not so much that someone took a risk with the power to influence Russia. Therefore, when thinking rationally, we might well have to trim their military spending.

— In your opinion, is the reduction of military expenditures of the RF sign that the Russian economy today harder to bear such a burden?

— The fact that unlike the Soviet Union, today’s Russia is still a very increased influence on the policies of the voters, as strange as it may sound. I’ll remind you that the Soviet political and economic model it does not matter what people think in the country about politics. To go to the polls was not necessary because their outcome was known in advance — 99.9% of it. And before the election that laid the asphalt, and at the polling stations sold delicious cakes.

Today, the influence of voters on the policy is doubled. I recall that at last year’s regional elections, the Russian leadership received a very unpleasant message from the voters in the far East, in the Vladimir region, in Khakassia, where the people, exasperated by the reduction of their income, voted not the way I would like power.

And this despite our full understanding of what the elections are largely controlled and even rigged that they used administrative resource. But this is still there. You can “add” 5%, 10%, 15%, but not 60%. As a result, we see that in some regions governors from power lost, and where there is no lost, won with difficulty.

Thus, if the Soviet authorities in their plans, including the military, was limited mainly only by the exhaustion of natural resources, now there is such a serious factor as the mood of the voters. And, anyway, it plays a significant role. So, quite a significant part of the spending budget you have to spend to meet the needs of the population. But any public purse is still not bottomless, so you have to limit some costs. In particular, and the military.

— Here, however, there is another thing that not all our costs are in the military and, accordingly, the precise amount we do not know…

— The Soviet budget were mostly classified. Today, the Russian military budget is also largely covered by the veil of secrecy. But anyway, the official military expenditure there are. Therefore, in conditions when the population is not enough for pensions, for poverty reduction, irresistibly to increase military spending can only North Korea, but not Russia.

In addition, figures with figures, but reality is reality. In modern Russia it is that in addition to the official budget is still unofficial, so-called “pool”. This is an unofficial budget, which resets the oligarchs on the orders of the Kremlin. The logic is clear: if you quarrel with the Kremlin, then your business will definitely collapse, and if not, and you will spend on the “pool”, relatively speaking, additional 50-100 million dollars, then, if not completely, then largely able to compensate for them. Therefore, choosing between the full loss of business or need to share with the state in addition to tax deductions, almost all major business agrees to pay this bribe.

To make it clearer. In the official budget of the Russian Federation, for example, there is no such item as “support DNR/LNR”, but in reality this support is. Same thing with the military budget. Official figures are recorded, but there is still a parallel “common Fund” from which also the money goes to the military.

So my summary is this: on the one hand, it is impossible to increase spending on weapons, because we have to think about the population that we have, in our vertical of power, more dependent on the country’s leadership than on their own initiative and the ability to earn money.

That is, the people we support this “vertical” but is waiting for an answer from her, though not very large, but the gingerbread in the form of increase of pensions based on the official price increases. On the other hand, if the official figure of our military costs may decrease, it does not mean that these costs really be reduced, because there are additional sources of funds.