Pentagon’s top general reveals whether China can hit US first 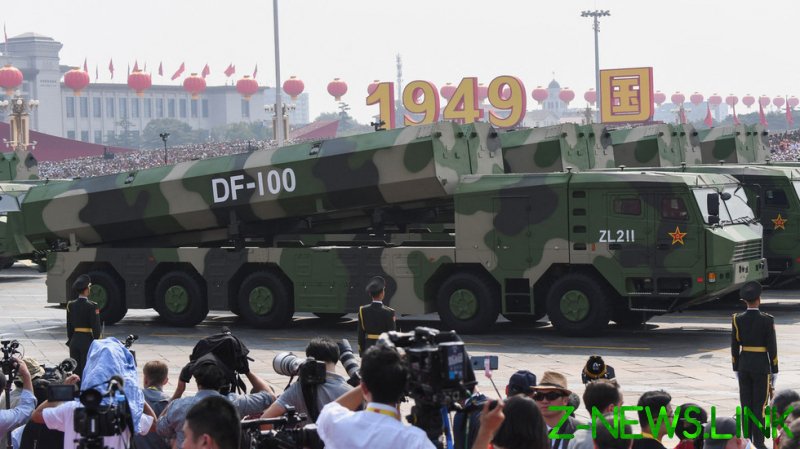 “That’s a very significant capability that has the potential to change a lot of things,” Hyten told CBS News in an exclusive interview aired Tuesday evening. According to him, China launched a long-range missile that “around the world, dropped off a hypersonic glide vehicle that glided all the way back to China,” where it made an impact.

Hyten has been the second highest-ranked general since November 2019. Prior to that, he headed the US Strategic Command, chiefly responsible for Washington’s nuclear force. He also headed USAF’s Space Command, which has since been upgraded to the Space Force.

“Why are they building all this capability? They look like a first-use weapon,” Hyten told CBS. “That’s what those weapons look like to me.”

Officially, Beijing has denied Western media reports of the hypersonic missile test, with the foreign ministry saying it was a “space vehicle” instead. Meanwhile, the editor-in-chief of the state-backed Global Times daily said that China is not interested in a “stupid” nuclear arms race with the US.

“I know that the US can destroy China 10 times, but we will make sure we have full capability to destroy the US once,” Hu Xijin said last month on Twitter.

Joint Chiefs Chairman General Mark Milley has described the Chinese test as “very close” to a “Sputnik moment,” referring to the 1957 launch of the first-ever orbital satellite by the USSR.

Calling the Chinese launch “pretty impressive” from a technology perspective, Hyten said it was different from the Sputnik launch, because that had created a sense of urgency in the US, while the July 27 test did not.

“I think it probably should create a sense of urgency,” he said.

Advertising for Raytheon, a major US missile manufacturer, was shown at the start of Hyten’s CBS interview.