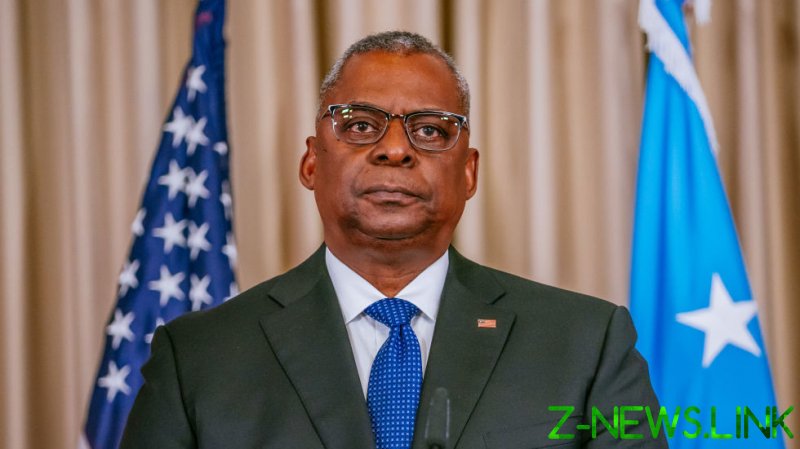 US Secretary of Defense Lloyd Austin has downplayed the risk of a Chinese invasion of Taiwan, saying he sees no imminent attack on the self-governing island despite escalating tensions in the region.

“I don’t see an imminent invasion,” Austin said in a CNN interview that aired on Sunday. “What we do see is China moving to establish what we would call a new normal, increased activity. We saw a number of center line crossings of the Taiwan Strait by their aircraft. That number has increased over time. We’ve seen more activity with their surface vessels and waters in and around Taiwan.”

Beijing ramped up military drills in the area and cut off military and climate ties with Washington after US House Speaker Nancy Pelosi visited Taiwan in August. Chinese officials condemned the trip, saying it undermined Beijing’s sovereignty over Taiwan and emboldened separatists in Taipei. China has vowed to regain control over Taiwan, by force if necessary.

READ MORE: US to deepen ‘unofficial ties’ with Taiwan, VP

The CNN interview aired one day after Austin decried China’s “bullying behavior” in the region. “We are deeply concerned by China’s increasingly aggressive and bullying behavior in the Taiwan Strait and elsewhere in the region,” Austin told reporters on Saturday in Honolulu, where he was set to meet with his counterparts from Japan and Australia.

READ MORE: US doesn’t believe Russia will use nukes in Ukraine

Austin told CNN that Washington will continue to work with its allies “to ensure that we maintain a free and open Pacific.” He added that the US is trying to reopen channels of military communication with China

The Pentagon chief also said he doesn’t see an imminent threat of Russia using nuclear weapons amid the Ukraine crisis. He scolded Russian President Vladimir Putin for suggesting that such weaponry could be used if Moscow’s sovereign territory were threatened, saying “nuclear saber-rattling is not the kind of thing we’d expect to hear from leaders of large countries with capability.”

CNN host Fareed Zakaria suggested that since Moscow is declaring four former Ukrainian regions in the Donbass its own, Kiev’s US-supplied weapons are already capable of striking areas that Putin considers to be sovereign Russian territory. He asked whether the Pentagon is therefore more inclined to provide the longer-range weaponry that Ukraine has requested.

Austin dismissed any link between Russia’s accession of new regions and US aid plans, saying that Washington would never respect the public referendums by the regions that voted to join Russia. The American weapons that Ukraine is already using, including HIMARS rocket launchers, enable Kiev to strike targets in “almost every piece of Ukraine territory,” he added.

Asked whether he expects Ukraine to rapidly recapture more territory from Russian forces, Austin said it’s difficult to predict. “Whatever direction this goes in, we will continue to provide security assistance to the Ukrainians for as long as it takes.”