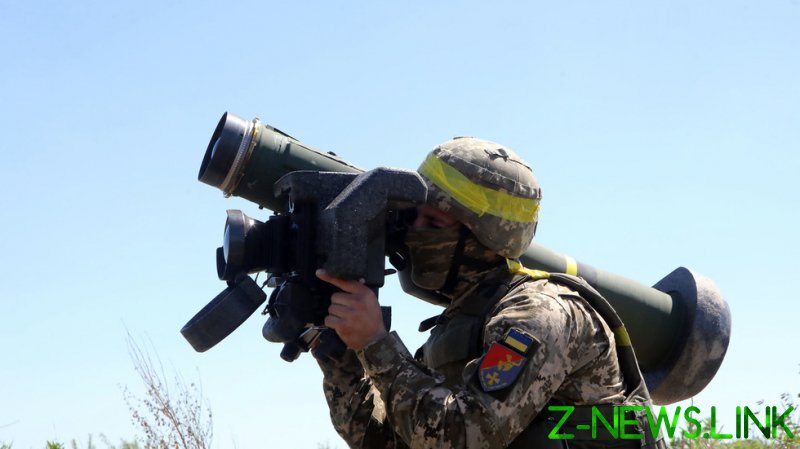 The Pentagon’s acting Inspector General Sean O’Donnell told Bloomberg on Thursday that his office will test the effectiveness of the system that tracks US weapons shipped to Ukraine as part of the Defense Department’s multi-billion dollar military assistance program.

“As far as we can tell, right now, everything that is supposed to shoot and go boom, they are using every bit of it,” the official said, adding that the system needs to be double-checked as the Ukrainians use “hand receipts” to trace supplied arms.

“I don’t think they have much fidelity” as to where it ends up, O’Donnell said.

The IG’s office will be looking into the weapons shipments to ensure that they are not being diverted to the black market, according to the report. Concerns over such risks have been voiced by various European and international law enforcement agencies, following evidence that at least some easier-to-smuggle Western arms have ended up in the hands of gunrunners offering them to clients online.

American and Ukrainian officials have given assurances that all Western weapons sent to Kiev are traced and used as intended to fight Russia. Reports to the contrary tend to be harshly criticized by Kiev and its allies.

READ MORE: Afghanistan all over again: Ukraine’s rampant corruption means the Western supply of weapons is likely to eventually backfire

CBS News this month agreed to remake a documentary about corruption in Ukraine and how it affects foreign aid. The film originally featured remarks by the founder of an organization that has been sending various items to Ukrainian soldiers for years. He said getting equipment to the frontline in Ukraine required navigating a network of “power lords, oligarchs [and] political players,” trying to capitalize on the supplies.

The Pentagon has in the past been caught failing to properly account for the vast scale of its assets. The department has failed multiple attempts to pass a financial audit since 2017, when the first such check was launched. After the latest failure in 2021, US military officials said they hoped to pass the test for the first time by 2027.