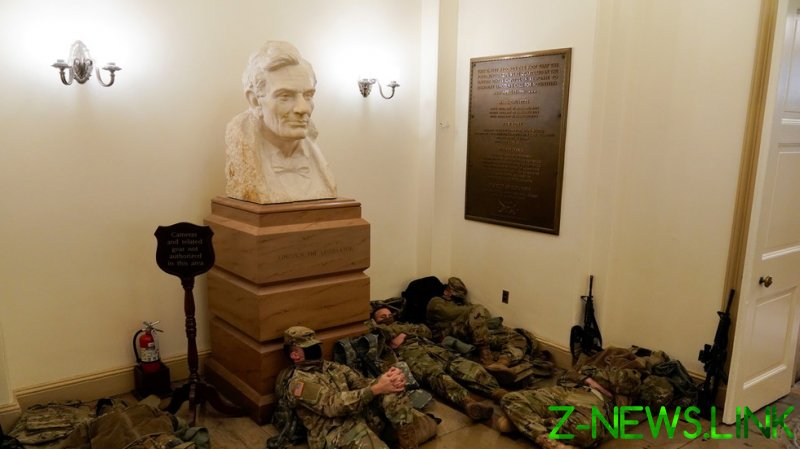 However, the Pentagon shot back on Monday, warning that National Guard members would be punished if they remain unvaccinated.

“It is a lawful order for National Guardsmen to receive the COVID vaccine. It is a lawful order,” the Pentagon Press Secretary John Kirby warned. “Refusing to do that, absent an approved exemption, puts them in the same potential as active-duty members who refuse the vaccine.”

Kirby noted that even state National Guard members were beholden to the Secretary of Defense’s orders and that the Oklahoma National Guard would therefore have to conform like any other US military body.

“The Secretary of Defense has the authority to require these vaccines for all members of the force, including the National Guard, as I said, even in a Title 32 status,” Kirby said, arguing that even when the National Guard members are under the command of state governors, they must abide by the Pentagon’s vaccination mandate, since the force is federally-funded.

Claiming that vaccinated members were a more ready force, Kirby added that the National Guard “meet key national security needs, so it’s important for them to get these vaccines.”

While the overwhelming majority of US military personnel have been vaccinated,some have opposed the Biden administration’s vaccine mandates. Nearly 8,500 members of the Air Force missed a vaccination deadline earlier this month, with 5,000 fighting for religious exemption, while 800 simply refused.