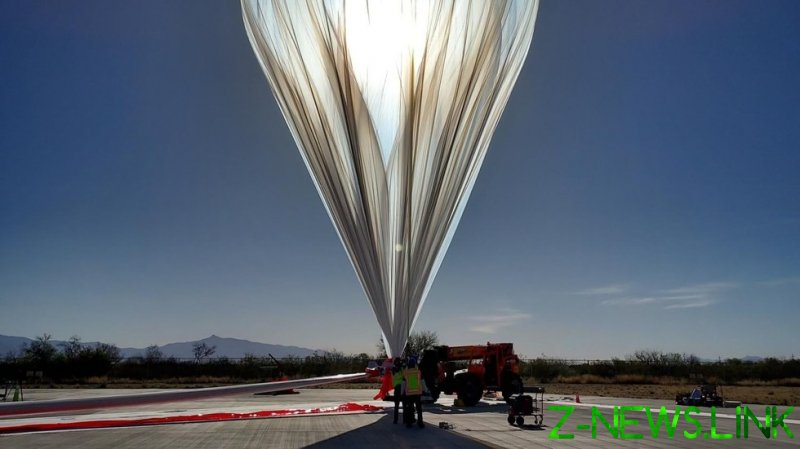 The Pentagon is set to dramatically increase spending on stratospheric aerostats, which are now being touted as able to boost US capabilities against Chinese and Russian hypersonic missiles, Politico reported on Tuesday.

The project, called Covert Long-Dwell Stratospheric Architecture (COLD STAR), was originally designed to spot drug traffickers. The Pentagon started testing 25 of the balloons in the state of South Dakota as a pilot project in 2019.

However, the inflatables are now being transitioned into military service and promoted as an affordable tool to complement satellites and spy drones for detecting and tracking Chinese and Russian hypersonic missiles, the outlet reported, based on the budget justification paperwork. The Pentagon confirmed the transition but declined to provide any details.

The US military has spent about $3.8 million on balloon projects over the past two years, but for fiscal year 2023 funding is slated to jump to $27.1 million, Politico said, citing budget documents.

The producer of the balloons, Raven Aerostar, a division of Raven Industries, says its platform for surveillance and communication equipment offers months of endurance at a fraction of the cost of alternatives such as high-altitude aircraft or satellite systems. It says the aerostats can identify and pick favorable air currents to drift to where they are needed. 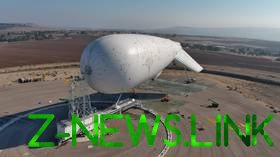 The company previously collaborated with Alphabet, the parent company of Google, on its ‘Loon Balloons’ project. The idea was to use floating communication hubs to provide broadband internet access to hard-to-reach areas. The project made headlines for its role in restoring mobile service in Puerto Rico after Hurricane Maria in 2017. It was shut down in January 2021.

The Pentagon previously ran a separate program of tethered spy blimps dubbed JLENS. It was launched in the 2010s but ultimately canceled in 2017, having cost nearly $2 billion, Politico noted. The blimps carried surveillance and fire-control radar systems and were supposed to provide intelligence to US ground troops.

The US Army’s testing of the Raytheon-built inflatables was marred by an incident in 2015, when a helium-filled aerostat broke from its mooring in Maryland and drifted into Pennsylvania, before finally coming down three hours later. Its long tether tore some power lines on the ground as it floated while being shadowed by F-16 fighter jets.

Israel, another nation with significant experience in using small aerostats for military purposes, started testing a large-tethered blimp in March. The aircraft, meant to detect cruise missiles, was developed by the Elta division of Israel Aerospace Industries, with the American firm TCOM providing the balloon itself.