Pentagon to halt construction on Trump’s military-funded border wall, after order from Biden 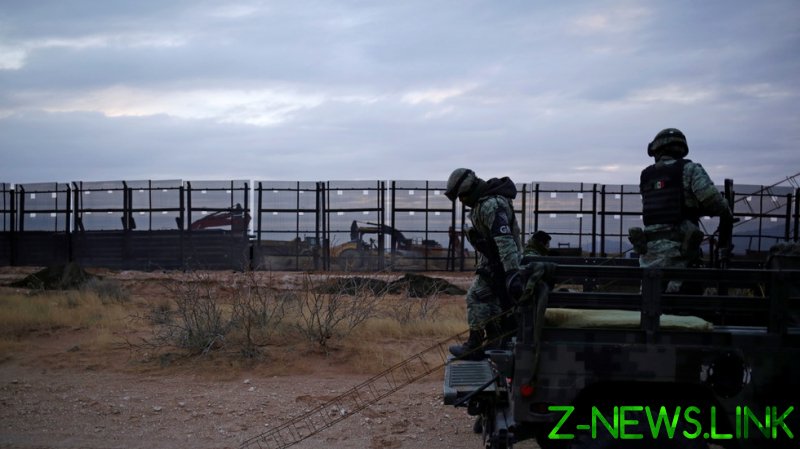 “The Department of Defense is proceeding with canceling all border barrier construction projects,” read a statement from Pentagon spokesman Jamal Brown on Friday.

In an apparent dig at Trump, Brown added that the military funds earmarked for the wall were “originally intended for other military missions and functions such as schools for military children, overseas military construction projects in partner nations, and the National Guard and Reserve equipment account.”

The funds will now be used for unnamed military projects, Brown added.

When Congress refused to provide adequate funding for Trump’s wall, the former president declared a national emergency in 2019 and ordered the military to transfer $2.5 billion to pay for border wall projects. Another $3.8 billion was requested the following year.

Around 400 miles of steel wall were built during Trump’s tenure, with some sections simply replacing old and dilapidated fencing. Construction was paused when Biden took office in January, with an executive order halting progress. The order also tasked the Departments of Homeland Security and Defense with redirecting any money set aside for the wall.

Not all of the wall’s funding was drawn from the Pentagon, however. Trump also managed to get $1.4 billion per year approved by Congress last December as part of a mammoth coronavirus spending bill. That money remains in limbo, with Republicans arguing that Biden lacks the authority to redirect Congressionally authorized funds, and Biden’s own Department of Homeland Security reportedly considering using it to patch up existing barriers.

Some of this cash will be used to repair a flood barrier system in the Rio Grande Valley and combat soil erosion in San Diego, the Department of Homeland Security announced on Friday, blaming Trump’s work on the wall for both problems.