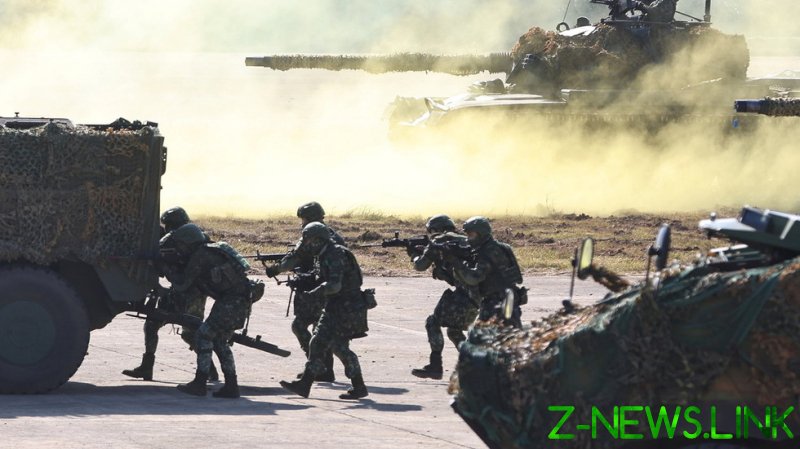 Christopher Maier – who’s been tapped to be the assistant secretary of defense for special operations and low-intensity conflict – told lawmakers this week that special operators could be sent to the island to instruct Taiwanese forces on irregular warfare and resisting an “amphibious landing” by Beijing.

“I do think that is something that we should be considering strongly as we think about competition across the span of different capabilities we can apply, [special operations forces] being a key contributor to that,” Maier told Senator Josh Hawley (R-Missouri) at an Armed Services Committee hearing on Thursday, when asked about ways to deter “Chinese aggression.”

Maier’s comments come as the Biden administration embarks on a rhetorical and policy offensive against the People’s Republic, stepping up US military operations in China’s backyard while putting out a steady stream of saber-rattling statements. On Wednesday, the president’s Asia czar, Kurt Campbell, said the era of Sino-American engagement had “come to an end,” and declared a new “dominant paradigm” of “competition.”

Biden has continued implementing ex-president Donald Trump’s policies that sought to strengthen direct ties with Taipei, but Beijing has repeatedly denounced those efforts. It considers Taiwan a Chinese province in rebellion.

During a Monday press conference, the Chinese Foreign Ministry blasted US and South Korean officials after they voiced concerns about Taiwan’s stability, saying Beijing would not “tolerate external interference” in its affairs.

“The Taiwan issue is purely Chinese internal affairs … The interference from outside forces is unacceptable,” said spokesman Zhao Lijian, warning Washington and Seoul not to “play with fire.”

Though China considers Taiwan a part of its territory, the island has been governed for decades by the remnants of the Kuomintang, the nationalist political party defeated by communist forces in the Chinese Civil War in 1949. Forced to relocate to Taiwan, the local administration has continued to refer to the island as the “Republic of China” ever since, though it has been formally recognized by only a handful of states.