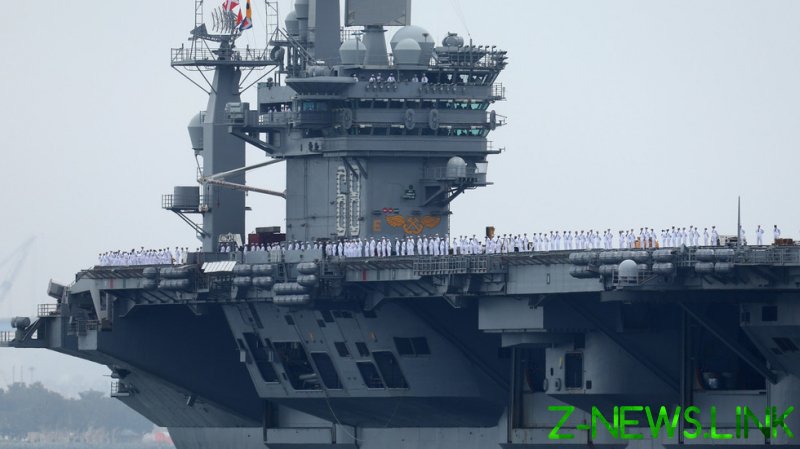 Acting Defense Secretary Chris Miller announced the Nimitz would be heading back to its home port of Bremerton, Washington on Thursday, avoiding so much as a mention of Iran in his remarks – even as Washington and Tehran have traded threats and barbs for weeks ahead of the anniversary of Quds Force Major General Qassem Soleimani’s killing by US airstrike.

The Nimitz’s departure after over eight months deployed to the Persian Gulf leaves Iranian waters unoccupied (by the US, at least) – an odd choice, given Washington flew two nuclear-capable B-52s over the body of water earlier this week, announced the deployment of a submarine to the area, and sent still more fighter planes to Saudi Arabia.

The B-52 flyover was supposed to be a “show of force” to deter further Iranian revenge, as threatened by Ayatollah Ali Khamenei earlier this week – but it only succeeded in eliciting more hostility, as an unnamed Iranian military officer warned breaching the country’s airspace would elicit a “crushing and fiery response.”

The Nimitz was originally scheduled to return to the US in December, but it was held over to assist US troops exiting Somalia. “Most” of the 700 US troops stationed in that country are to be sent home by early 2021, according to the Pentagon – though the head of AFRICOM reassured nervous hawks that the US will not be vacating eastern Africa completely.

Iranian FM Javad Zarif claimed on Thursday that Iraqi intelligence had revealed a US plot to “fabricate pretext for war” – possibly by staging a false-flag event. While making clear Tehran was not interested in war, he promised the country would “openly and directly” defend itself. Zarif previously warned President Donald Trump against engaging in any “adventurism on his way out” after the president blamed a rocket attack in Baghdad’s Green Zone on Tehran – as usual, without conclusive proof.