Pentagon rejects claim Washington sees Russia as ‘the enemy,’ says Moscow’s recent military exercises with Serbia are not an issue 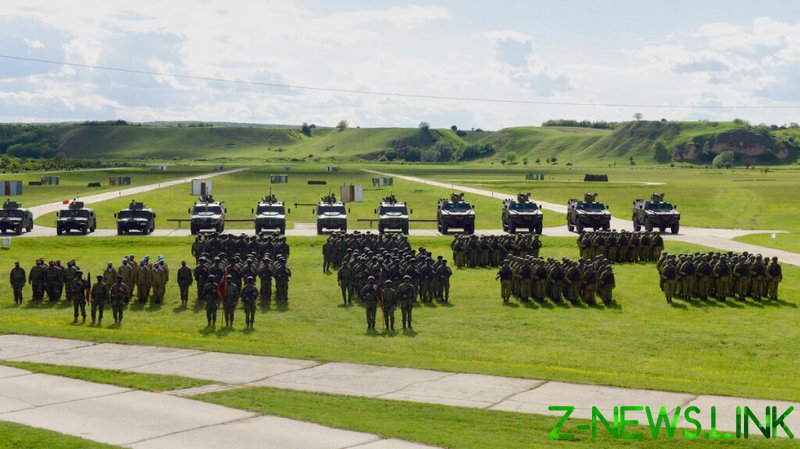 Speaking to journalists at a press briefing on Wednesday, Pentagon Press Secretary John F. Kirby was asked about the exercises, which saw elite Russian troops training with their counterparts in the Balkan nation. The wargames coincided with colossal US Army-led drills, dubbed Defender-Europe 2021, held across the continent.

One reporter pointed out that Serbia is a member of NATO’s Partnership for Peace program, designed to bolster bilateral relations between the bloc and other European countries. Describing NATO as “an organization formed to essentially combat Russia,” he questioned whether the decision amounted to “exercising with the enemy.”

Kirby quickly replied that “nobody’s labelled Russia the enemy… that’s not the phrase that we would use to refer to Russia.”

Instead, the defense official said, “I would let these two sovereign nations speak to their exercises and bilateral relationship,” insisting that it was a question for them alone.

The notion that countries signed up to NATO’s Partnership for Peace initiative should automatically adopt an adversarial stance towards Moscow overlooks the fact that Russia was the first nation to ever sign up to the program in 1994. The stated goals of the collaboration are “expanding and intensifying political and military cooperation in Europe, increasing stability, diminishing threats to peace, and building strengthened security relationships.”

Previous joint military exercises between Russia and Serbia have caused consternation in neighboring nations, with Croatian MEP Marijana Petir describing a 2016 wargame as “poking the West in the eye.”

The Washington-led Defender-Europe 2021 drills, however, were similarly interpreted in Russia as a show of force on its doorstep. The US Army says that the exercises, which run through May, “demonstrate our ability to serve as a strategic security partner in the western Balkans and Black Sea regions while sustaining our abilities in northern Europe, the Caucasus, Ukraine and Africa.”

In 2019, French President Emmanuel Macron said that tensions with Russia were no longer the West’s main security threat, asking “who is the enemy of NATO? Russia is no longer an enemy. It remains a threat but is also a partner in certain areas.”