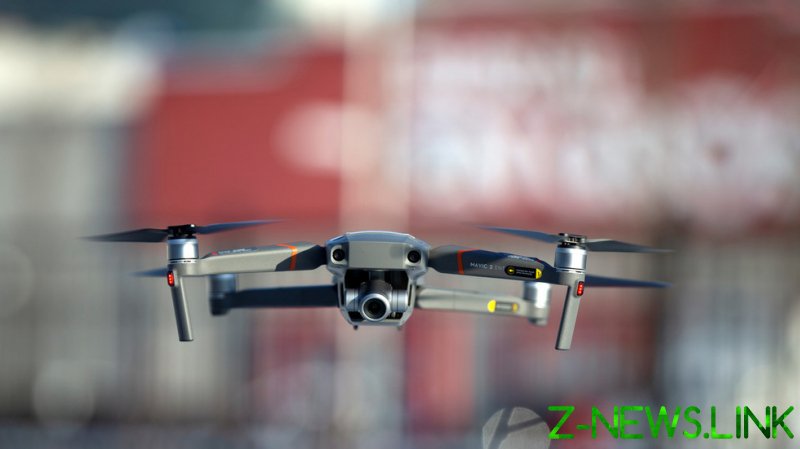 A recent Pentagon report seen by the Hill found “no malicious code or intent” in two drone models manufactured by Da Jiang Innovations (DJI), a Chinese company and one of the world’s foremost drone makers. The report, dated May 6 and reported on Tuesday, concludes that DJI’s drones are “recommended for use by government entities and forces working with US services.”

Almost 80% of all drones used in the US and Canada are made by DJI. However, the US government has been suspicious of the devices for several years. The US Army stopped using them in 2017, and two years later the Department of Homeland Security (DHS) warned US firms against using them, claiming they gave the Chinese Communist Party “unfettered access” to user data.

The Pentagon heeded the DHS’ warning, and grounded all of the military’s 500 DJI drones last year, while the Department of Commerce added DJI to its economic blacklist, along with dozens of other Chinese technology companies. The blacklisting also came after DJI donated drones to 43 US law enforcement agencies at the outset of the coronavirus pandemic, sparking espionage concerns among ‘tough on China’ politicians and analysts.

DJI is not the only Chinese firm dogged by accusations of espionage. Tech giant Huawei found itself blacklisted by the Trump administration, while the Pentagon banned the sale of its phones, along with those manufactured by ZTE, on military bases. Huawei has consistently denied funneling information to the Chinese government, as have ZTE and DJI.

Scott introduced the American Drone Security Act in the Senate earlier this year. The legislation would prohibit federal agencies and departments from “procuring certain foreign commercial” drones, and deny funding to state and local governments who do. The act was backed by China hawks from both parties, with Sen. Chris Murphy (D-Connecticut) declaring “in no way shape or form should we be using taxpayer dollars to purchase drones from foreign adversaries,” and Sen. Tom Cotton (R-Arkansas) stating that “relying on drones made by our adversaries is a clear risk to our national security.”

Republicans have expressed doubt about the direction of the US military under President Joe Biden over more than its handling of Chinese technology. Sen. Ted Cruz (R-Texas) took aim at the supposedly “woke, emasculated military” last month after the US Army released an animated recruiting ad featuring a female soldier raised by two mothers. Comparing the ad unfavorably to a more macho advert from the Russian military, Cruz went on to accuse Democrats and the “woke media” of trying to turn “the greatest military on Earth” into “pansies.”

In an interview with CNN late last month, Defense Secretary Lloyd Austin claimed that China or Russia could “capitalize” on Cruz’ “talking points,” but added that he “will not lose one minute’s of sleep about what the Chinese leadership is saying or what Vladimir Putin is saying” about the Pentagon’s apparent embrace of “woke” ideology.