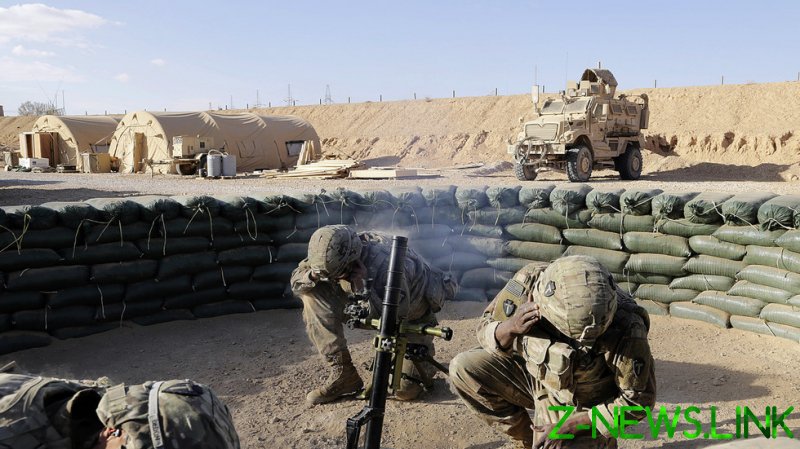 Two military law enforcement agencies are investigating a service member over the April incident at Green Village, a US outpost in northern Syria, the Pentagon acknowledged on Monday. The explosions, initially thought to be an artillery attack, were set off by someone inside the base. Four troops were injured.

The Army Criminal Investigation Division (CID) and the Air Force Office of Special Investigations (OSI) are “conducting a joint investigation of the incident. A possible suspect, a US service member, has been identified,” CID spokesman Patrick Barnes said in a statement. “No further information will be released at this time.”

The suspect has returned to the US, but his or her name has not been released, according to AP. No charges have been filed yet.

US bases in Syria and Iraq have repeatedly come under attack by mortars and rockets over the past several years, which the Pentagon has blamed on “pro-Iranian” Shia militias. Initial reports by the Combined Joint Task Force Inherent Resolve (CJTF-OIR) attributed the April 7 incident in Green Village to “two rounds of indirect fire” fired from the outside.

A week later, however, the US Central Command said that after a further investigation, they believed it was “deliberate placement of explosive charges by an unidentified individual(s) at an ammunition holding area and shower facility.” 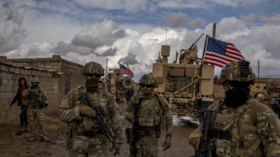 READ MORE: US base in Syria attacked from inside

Security footage from the base showed “a figure moving quickly” through Green Village at the time of the attack, which happened during the night, according to CNN. Four soldiers were treated for “traumatic brain injuries” and returned to duty by the end of April.

Originally established to coordinate the US-led coalition against Islamic State (IS, formerly ISIS) terrorists in Syria and Iraq, the CJTF-OIR is now in charge of around 900 US troops in eastern Syria. In the country without a legal mandate, they are tasked with supporting the Kurdish-led Syrian Democratic Forces (SDF), the US-backed militia that controls areas east of the Euphrates and is refusing reunification with the government in Damascus.