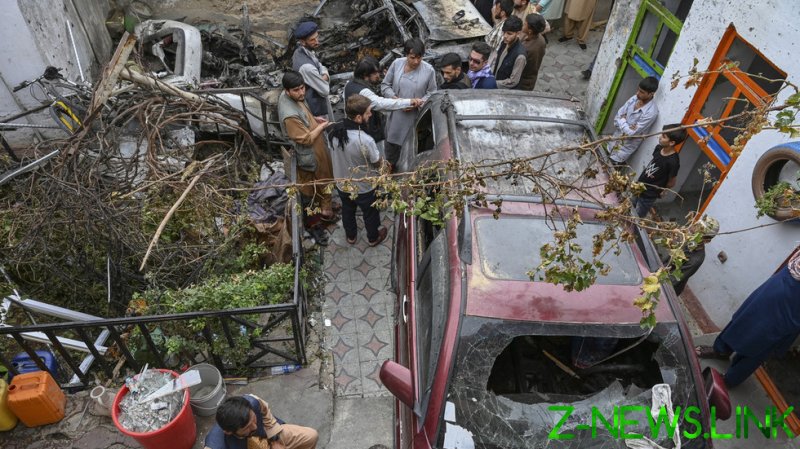 The US military has claimed to have killed three suspected members of Islamic State Khorasan (ISIS-K) terrorist group in Nangarhar province on August 27 and an ISIS-K “facilitator” in Kabul on August 29. The first strike was in reprisal for the August 26 suicide bombing at the Kabul airport, for which ISIS-K claimed responsibility, and the second was said to have taken out a car bomb intended for the airport.

On Monday, however, Pentagon spokesman John Kirby said he could not confirm the identities of anyone killed in the strikes – or explain how the military was investigating the second strike without any presence on the ground.

“The assessment by the Central Command is ongoing, and I’m not going to get ahead of that. The strike was taken to prevent an imminent attack on the airport,” Kirby said, refusing to elaborate further.

This was in response to a question about Friday’s report in the New York Times, which had investigated the August 29 strike and found that it killed an aid worker and at least six children, not terrorists.

Zemari Ahmadi, who worked for a US-backed food aid charity for the past 14 years, was coming back from work and carrying bottles of water in his trunk – not explosives, as CENTCOM claimed. No traces of secondary explosions were found in the courtyard where the car had been parked, and struck with a Hellfire missile, according to the Times.

Kirby’s comments suggest the Pentagon continues to stand by the position of General Mark Milley, chairman of the Joint Chiefs of Staff, who said on September 1 that “we think that the procedures were correctly followed, and it was a righteous strike.”

The August 26 suicide bombing targeted the Abbey Gate at Hamid Karzai International Airport, where a drainage ditch was being used by a crowd of Afghan civilians to bypass Taliban checkpoints. The blast killed at least 170 Afghans, along with 13 members of the US military. In response, the Pentagon launched a drone strike in the Nangarhar province on the following day, allegedly killing three ISIS-K members. This was followed up by a strike in Kabul which killed Ahmadi and nine other civilians.

The Pentagon has refused to disclose the identity of anyone killed in the strikes, despite repeated questions from the press.

“I cannot confirm them at this time,” Kirby said on Monday. “I think I need to leave it there.”

The Kabul airlift ended just before midnight on August 30. Though the US evacuated over 124,000 people, more than 100 Americans were left behind, along with thousands of Afghans who aided the US-backed government over the past 20 years and feared the Taliban takeover. President Joe Biden called it an “extraordinary success” nonetheless.