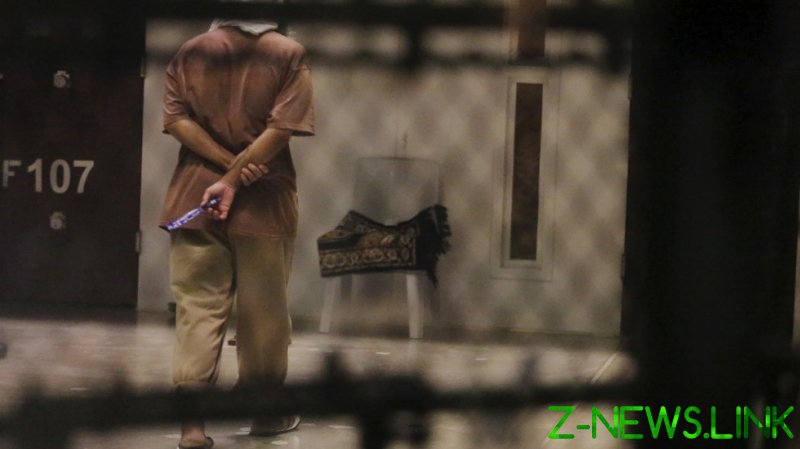 “No Guantanamo detainees have been vaccinated,” Defense Department Press Secretary John Kirby tweeted on Saturday. “We’re pausing the plan to move forward, as we review force protection protocols.  We remain committed to our obligations to keep our troops safe.”

The original plan was reportedly put in motion due to a lack of vaccinations holding up prosecutors being able to move forward with cases against detainees.

Among those detained at Guantanamo Bay is Khalid Sheikh Mohammed, who is accused of masterminding the 9/11 terror attacks. There have been no reports as to whether any detainees have tested positive for Covid-19, but medical workers at staff at the facility began receiving vaccinations earlier in January.

The plan to vaccinate inmates at the detention facility near Cuba was signed by Terry Adirim, the principal deputy assistant secretary of defense for health affairs, this week, but quickly received pushback after reports of the plan caught the media’s attention.

“Outrageous. The Biden Administration is giving vaccines to terrorists at Guantanamo Bay. What do they say to American seniors and veterans still waiting for theirs?” Rep. Steve Scalise (R-Louisiana) tweeted on Saturday before the “pause” announcement.

“Terrorists First was his big vaccine plan apparently. The new administration has a plan and as we warned you it’s America Last,” Donald Trump Jr. added.

Numerous other Republicans criticized the plan, arguing first responders, veterans, and numerous others should be vaccinated before accused terrorists.

There had been more support for the plan from those more supportive of Biden and the Democrat Party, with some directly pushing back against conservatives that had been triggered by it. They argued the vaccinations would help protect workers at the facility and speed up the trial process for detainees.

“Pentagon issued a rule that the vaccine is being given to ALL of its detainees and prisoners starting friday. So they scream ‘terrorists 1st!’ Note: All prisons are highest level of risk,” author Kurt Eichenwald also tweeted to McCarthy.