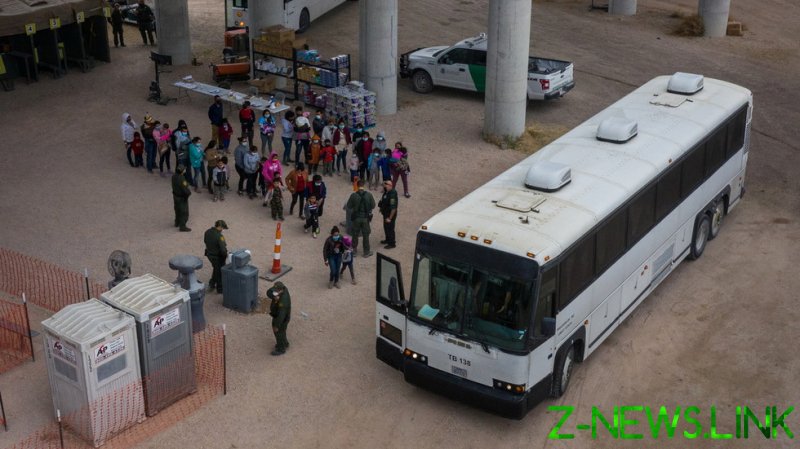 Defense spokesman John Kirby announced the move in a statement on Wednesday night, noting that the military would fulfill a request from the Department of Health and Human Services (HHS) to “temporarily house” migrant youths at military installations.

One of the facilities set to hold the migrants is a “vacant dormitory” at the Lackland air base within Joint Base San Antonio, Kirby said, while the other is located on an “area of land” on Fort Bliss, both in Texas.

“[The Department of Defense] will provide HHS officials access to these locations immediately to begin initial actions to prepare for receiving unaccompanied migrant children as soon as preparations are complete,” the spokesman continued, adding that “HHS will maintain custody and responsibility for the well-being and support for these children at all times.”

The HHS originally asked that 5,000 children be held at Fort Bliss and another 300 at the Lackland base, according to two US officials cited by Reuters, however it is unclear if the request was granted in full.

The move comes as the Biden administration grapples with a major influx of immigration at the southern border, filling holding facilities to capacity as some 500 unaccompanied migrant children turn up every day. More than 15,500 youths are currently held in US custody, divided between makeshift Customs and Border Protection facilities ill-equipped for long term care and more substantial shelters.

Photos of the temporary holding areas recently broke through an information blockade imposed by the Biden administration – which has barred reporters from visiting the facilities or accompanying border agents on ‘ride-alongs’ – showing dingy, crowded conditions with dozens of migrants made to sleep on the floor.

While the Biden team has largely sought to downplay the immigration surge, Homeland Security Secretary Alejandro Mayorkas has acknowledged that the US is on track to see a 20-year high in migration at the southern border.

In a bid to address the crisis, the president appointed VP Kamala Harris to oversee and implement “a long-term strategy that gets at the root causes of migration” earlier on Wednesday. As one of her first tasks in that role, Harris will meet with leaders from Mexico, El Salvador, Guatemala and Honduras to determine ways to stem the flow of immigration.

Asked by a reporter on Tuesday whether she had any plans to visit the border, Harris laughed off the question, answering “Not today.” Biden himself also recently signaled that he has no intention to make the trip anytime soon.