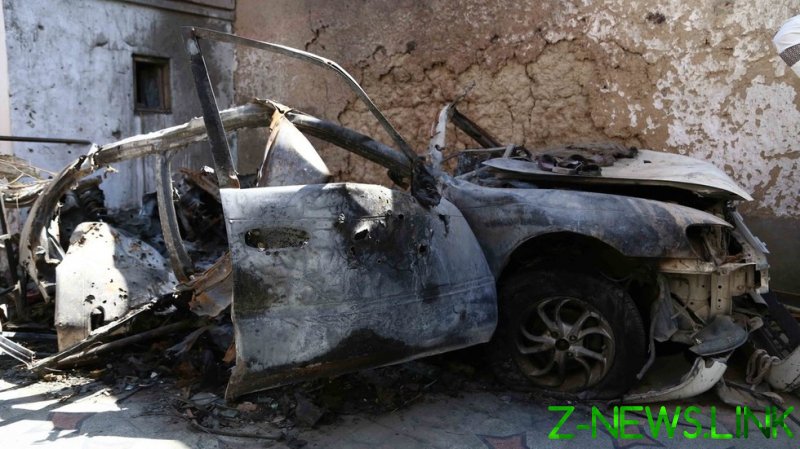 Air Force Secretary Frank Kendall has been placed in charge of the investigation, which will be conducted by Air Force Inspector General Lt.Gen. Sami Said, Defense Secretary Lloyd Austin announced on Monday. The probe comes after Austin ordered a military officer (three stars or higher) to conduct a review of the initial CENTCOM investigation into the strike. Investigators have 45 days to complete the task, according to Pentagon press secretary John Kirby.

Kirby further elaborated that the review would “examine the investigation itself, the thoroughness of the investigation, to study the degree to which any policies, procedures or targeting mechanisms may need to be altered going forward” as well as “what levels of accountability might be appropriate and if so at what level” during a briefing on Monday. However, he also said that its aim would be to “make recommendations, rather than to take actions” – suggesting another episode of pass-the-buck might be at hand, rather than a legitimate effort to hold named individuals responsible.

The Reaper drone strike on August 29 that killed 10 people was initially declared a success, with the Pentagon declaring it had taken out “at least one” notable figure in ISIS-K, the Afghan offshoot of Islamic State (IS, formerly ISIS), along with three civilians. The vehicle, officials claimed, had posed “an imminent ISIS-K threat” to US forces involved in evacuating people from Kabul.

However, by Friday, CENTCOM head Gen. Frank McKenzie had acknowledged to reporters that he was “now convinced” that “as many as 10 civilians, including up to seven children, were tragically killed in that strike.” Additionally, he admitted it was “unlikely” that the dead had anything to do with ISIS-K or other potential threats to US forces.

McKenzie called the killing a “mistake” and offered “profound condolences” to the friends and family of the deceased, taking full responsibility for “the strike and this tragic outcome,” but many have called for more than an apology. While this is by no means the first or even the hundredth drone strike to ‘accidentally’ massacre Afghan civilians, President Biden’s efforts to extract the US from its longest-ever war have attracted more than the usual share of attention to this latest tragedy, belatedly humanizing the dead who were so frequently written off as ‘collateral damage’ during the two-decade ‘War on Terror’ that turned the region into a massive killing field.

Some have accused the Pentagon of acting rashly based on “dubious claims” to distract from the larger snafu of the Biden administration’s haphazard withdrawal from Afghanistan, which left hundreds of American citizens and countless more Afghans who had assisted in the US-led war effort essentially stranded in what is now Taliban territory. While Washington has been able to coordinate further chartered flights with Kabul in order to extract some of those left behind, the problem remains significant, especially after the Biden administration literally handed the Taliban a list of Afghan collaborators with the US occupation. Some have called for members of the Biden administration to resign for their roles in the screwup.

Those calls have only grown louder in the wake of the revelation that this latest drone strike was also a “mistake.” The driver of the destroyed vehicle, Zemari Ahmadi, was not only not an ISIS-K terrorist – he worked as an electrical engineer for a US-based aid group, Nutrition and Education International, for over a decade. The ‘explosives’ that were initially said to be packed in his vehicle were merely water jugs and laptop cases. The company’s Kabul office confirmed to the New York Times that he was on his way to pick up a laptop from work when he was murdered in the Hellfire missile strike, not far from Kabul’s Hamid Karzai International Airport.

The brother of the deceased, Emal Ahmadi, was shocked to learn that the US did not “find conclusive intelligence” before pulling the trigger on the missile that killed so many of his relatives and has called for those responsible to be brought to “justice according to American law” – something the Afghan subjects of the US-occupied nation have been denied for two decades as a war fought under false pretenses ‘restructured’ their country into the explosion-scarred wreck the US finally left behind on August 31.

Over 71,000 Afghan and Pakistani civilians have been killed since the US invasion of Afghanistan began in 2001. The casualties have only increased since 2017, when the US relaxed its rules of engagement, bolstering the kill rate 330%, according to US military data collected by Brown University’s Costs of War project. In addition to the many civilian casualties, quality of life has also plummeted under US occupation, with disease, malnutrition, poverty, and other issues on the rise as access to clean water and healthcare became sparser.

Civilian casualty levels reportedly hit record highs in the first half of 2021 even as the conflict was supposed to be winding down, according to the United Nations, which reported a surge of 47% in the number of civilians killed and injured in the first six months of this year, compared to the same period of 2020. While that report blamed ‘anti-government forces’ for nearly two thirds of the killings, the CIA is known to have armed and funded certain Afghan militia groups that have themselves been involved in major human rights abuses and extrajudicial civilian killings.