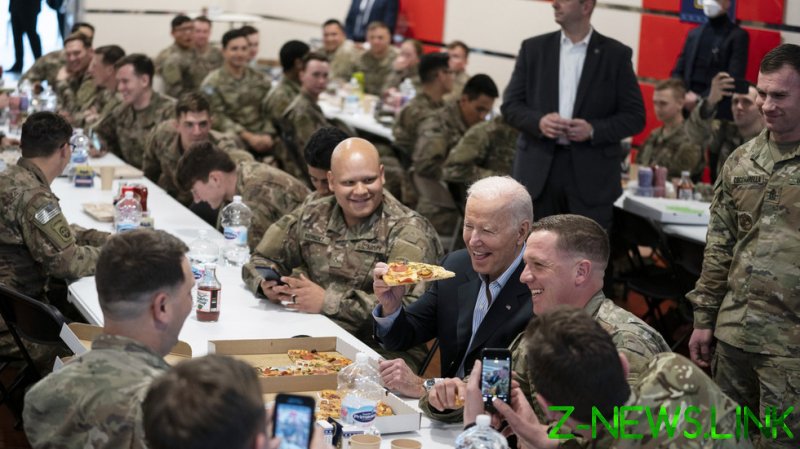 The head of US forces in Europe said he is not aware of a program to train Ukrainian soldiers in Poland, after President Joe Biden appeared to suggest such a mission was underway while clarifying a previous gaffe made last week.

Speaking to lawmakers during a Senate Armed Services Committee hearing on Tuesday, General Tod Wolters – the commander of the US European Command (EUCOM) and supreme allied commander Europe for NATO – said there is no training mission in Poland “at this time.”

“I do not believe we are in the process of currently training military forces from Ukraine in Poland,” Wolters told Republican Senator Tom Cotton (Arkansas).

However, the general added that there have been “liaisons” with Ukrainian troops in Poland and that they are “being given advice,” but argued “that’s different than I think [what] you’re referring to with respect to training.” He did not offer details on what those ‘liaisons’ include.

Wolter’s comments come after President Biden attempted to walk back prior remarks about the conflict in Ukraine, having told American soldiers stationed in Poland last week that they would soon “see” the country, appearing to suggest they would be deployed there. On Monday, Biden insisted he was “talking about helping train … the Ukrainian troops that are in Poland,” again landing himself in hot water as White House officials raced to clarify that US forces are not, in fact, training foreign troops on Polish soil.

During a press briefing later on Monday, White House communications director Kate Bedingfield told reporters “there is regular interaction between Ukrainian soldiers in Poland and the US troops that the president saw on the trip,” insisting that Biden did not accidentally reveal “compromised information.”

“The troops that he met with in Poland routinely interact with Ukrainians. That is something that’s known,” she continued, though also declined to get into specifics about what interactions the troops have had.

Asked about US forces currently stationed in Europe, Wolters said American troop levels have swelled from 60,000 to 100,000 since Russia began its military operation in Ukraine in late February. Nearly half of those soldiers are deployed to Germany, and of those, the general noted that 70% would have a direct combat role should they be activated, calling them the “teeth” of the US presence. Some of the troops may be stationed on the continent permanently, Wolters added, stating that European defense contributions in the coming months would determine EUCOM’s next steps. 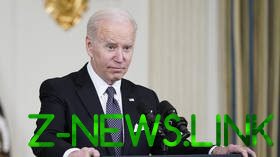 While Washington and other NATO states have worked to bolster Kiev’s defenses with arms shipments, the allies have repeatedly stated they will not get directly involved in the war in Ukraine, instead committing to defend the territory of member states only. Though prior US administrations have declared that Ukraine would someday be admitted into the bloc, it remains outside of NATO, and the Biden administration has warned that American intervention could kick off an armed confrontation with Moscow, or even World War III.