Home / WORLD / Pentagon DOES NOT KNOW how many Americans are still in Afghanistan, or how many were among the 7,000 evacuated so far

Pentagon DOES NOT KNOW how many Americans are still in Afghanistan, or how many were among the 7,000 evacuated so far 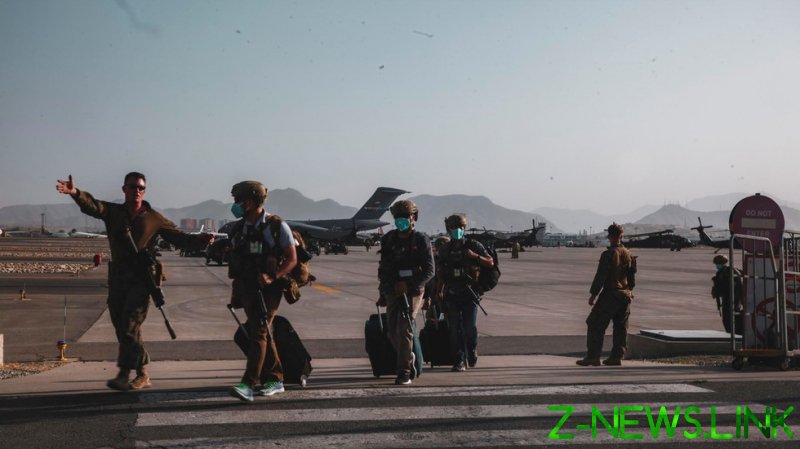 Approximately 7,000 people have been evacuated via Hamid Karzai International Airport (HKIA) in Kabul since August 14, Major General Hank Taylor said at a Pentagon briefing on Thursday. Neither he nor Kirby could say how many of them were Americans – or how many Americans remain in Taliban-controlled territory.

“I don’t know,” Kirby said when asked. “The State Department would be a better place to go for an estimate of how many Americans are in Afghanistan or in and around Kabul. That is not a figure that the US military would know.”

The Pentagon has repeatedly said it is aiming to evacuate between 5,000 and 9,000 people a day, but their current pace has averaged out to just over 1,100 instead. Meanwhile, estimates in the media have put the number of US citizens, permanent residents and their dependents still in Afghanistan at anywhere between 5,000 and 15,000.

Kirby and Taylor were likewise unable to tell reporters how many of the 7,000 evacuated so far were American citizens, only that more people may have gone out using civilian and charter flights out of HKIA.

“I do not have a breakdown,” Kirby replied. “I suspect that over time, as our manifesting process gets more refined, we may be able to be there, but we don’t have that specific breakdown.”

To the reasonable question of how the Pentagon can plan the evacuations without knowing the actual number of people, Kirby replied that US citizens aren’t required to register with the embassy, so there is no way to get a “perfect, accurate count.”

The US Embassy in Kabul – which is operating out of the airport – sent out a security alert on Wednesday urging Americans to make their way to the airport, but only after they submit their paperwork and receive a confirmation email. Evacuees were also told to bring no more than one handbag, if there’s room, and that flights will be on a first-come, first-served basis.

While HKIA is currently held by around 5,200 US troops, access to the airport is ringed by Taliban checkpoints.