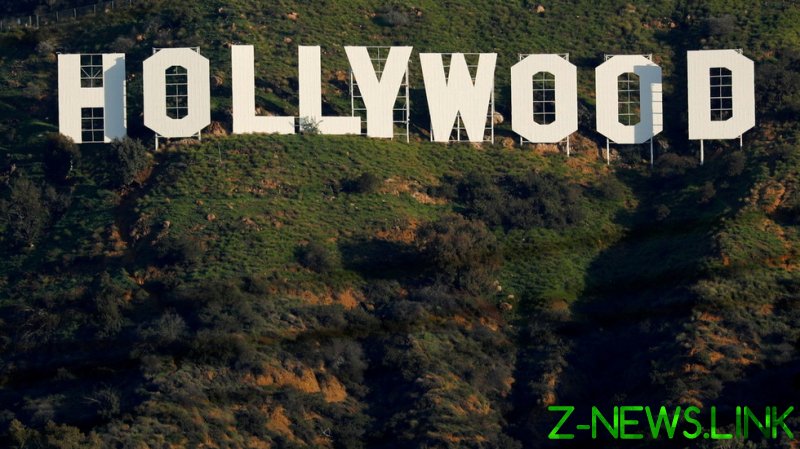 The reports were obtained via a Freedom of Information Act request and offer a rare glimpse inside the DOD’s main entertainment liaison offices at the Pentagon, which oversees the individual branch offices in Los Angeles run by the Army, Navy, Air Force and others. The reports cover approximately two years of activities and illustrate just how aggressive the DOD can be when dealing with film and TV producers, as well as their involvement with some of the biggest-name filmmakers in Hollywood.

The sheer range of products mentioned in the documents as having gained assistance from the US military is staggering, from Navy-assisted episodes of Cake Boss and the Great Food Truck Race to the Disney sci-fi fantasy A Wrinkle in Time. Numerous other films are listed, including blockbusters like Captain Marvel, Top Gun: Maverick and Transformers: The Last Knight.

On Captain Marvel the DOD and US Air Force provided research trips to military bases, filming access at several military locations, and extensive promotional help including an Air Force recruitment campaign that tied into the film. The documents also reveal how the two co-directors of the movie, Anna Boden and Ryan Fleck, paid a visit to the Pentagon just before the film’s release.

One document notes, “During their visit they attended office calls and had lunch with Air Force leaders. They also participated in a professional development session” for Air Force and DOD public affairs officers, showing just how integrated the military-Hollywood relationship has become.

The files also confirm the military’s support on the final season of Homeland, though only after the “major problems noted in scripts” were resolved by the showrunner making “significant edits to the problematic areas.” The result was a show that preempted the false story that the Russian government had been funding Taliban insurgents in Afghanistan, and played up fears about what will happen when the US finally withdraws from the country.

The Pentagon also worked on smaller films such as The 15:17 to Paris, a Clint Eastwood-directed retelling of how three Americans, including two servicemen, tackled a gunman on a train from Amsterdam to Paris in 2015. One entry in the reports records how they received “a long list of things that the film makers hope to obtain from us” but the DOD only approved support after ensuring that they could “create enough military portrayal to justify use of our assets.”

Beefing up the military’s presence in films, and the role of military characters in the unfolding storylines, is a key aim of the DOD’s Hollywood offices, but they don’t always get what they want. Christopher Nolan approached them about providing Osprey and Chinook aircraft for use in Tenet, and the National Guard and Air Force “indicated interest if military characterizations are rewritten emphasizing military mission.”

A few weeks later, it seems that Nolan simply stopped responding to the military’s phone calls, with one update commenting, “Likely cause is that producer/director were reluctant to make changes needed to gain DOD support.” This echoes what happened on Interstellar, Nolan’s previous sci-fi epic. Reports from the Navy’s Hollywood office record how he approached them about potential support, but the relationship broke down after he refused to share his script with Navy officials, having clearly learned from the extensive rewrites the military demanded on Man of Steel.

At the other end of the Hollywood scale is Tom Hanks, who has worked with different US government agencies throughout his career, from the CIA on Charlie Wilson’s War to Homeland Security on The Terminal, as well as several military-supported productions. Hanks’ name comes up multiple times in the documents, as the DOD provided help to his historical war film Greyhound, as well as his forthcoming post-apocalyptic drama Finch.

The strict criteria that the military apply when deciding whether to support a production results in a high number of rejections, which can have the effect of killing a movie or TV show. Among the rejections detailed in the documents are “documentaries about Vladimir Putin and about the trials at Guantanamo Bay” and a film about the Bermuda Triangle, where the DOD were “Not impressed by the quality of the writing nor the story itself.” Neither the Bermuda Triangle film nor the Gitmo documentary appear to have been made.

Other movies that were turned down include Tom Clancy’s Without Remorse as well as Rob Reiner’s Shock and Awe, in the latter case because “premise is how the WH & DoD (mainly the WH) claimed that Bin Laden and Hussein conspired to create the 9/11 attacks, and fabricated evidence of Saddam collecting materials to fabricate nuclear weapons to use against the U.S. and its allies.”

Likewise, a feature-length documentary about Operation Eagle Claw – the failed attempt by US special forces to rescue some of the hostages held in Iran – was turned down after their request was forwarded to the Undersecretary of Defense for Policy, highlighting how high-up policy wonks are sometimes part of the decision-making process. This documentary also appears to have fallen by the wayside, unable to be produced due to the Pentagon’s censorious approach to pop culture.

However, the most egregious censorship revealed by the new documents came on the 2019 CBS drama series The Code, about Marine Corps lawyers prosecuting and defending cases brought under the Uniform Code of Military Justice. The Code was initially made without any military input, because the producers wanted to explore topics of which the DOD wouldn’t approve.

In the opening episodes the cases handled by the lawyers include a Marine-turned-congressman who is accused of murdering an Iraqi civilian execution-style, and the fallout from a Marine killing a Spanish citizen while drunk driving. Meanwhile, the widow of a murdered Marine decides to sue the Corps and challenge the Ferris Doctrine – a law that prevents people from suing the US military based on events that happened while on active duty.

These are precisely the sort of storylines that the DOD routinely removes from scripts for shows they support, such as NCIS and Hawaii Five-0. The documents record how on an NCIS: New Orleans episode they “Took issue with the latest NCIS NOLA script, in which a team of former U.S. Army rangers are portrayed as ‘killers for hire’.” An update days later reports that, “Filmmakers responded by saying they are working to remove all references to killers having been affiliated with U.S. Army Rangers.”

But this wasn’t possible on The Code, because the producers resisted numerous efforts by the military to get involved and have influence over the scripts. As the reports detail, “The showrunner turned down several offers of assistance by the Marine Corps Entertainment office during production.” An investigation by Task & Purpose found that the Marines kept trying to insert themselves into the production of The Code, but as one official put it, they were “essentially told to f-ck off” by the showrunners.

The documents go on to note that – somehow – Marine Corps leadership got hold of the early episodes of The Code before they’d aired. They were “displeased enough that they communicated what they saw as serious shortcomings in the depiction of the Marines.” The Corps imposed themselves on the production, and as a result, “CBS Television has indicated a desire to correct the problems in future episodes by accepting DoD assistance.”

The upshot of this was that the show took a turn and abandoned the controversial storylines of its earlier episodes, including the lawsuit around the Ferris Doctrine – though the suit is abandoned not due to pressure from the military brass, but so that the widow can embark on a romantic relationship with one of the key witnesses.

A few months later The Code was cancelled, having given up on the only thing that made it stand out in a crowded marketplace of criminal and legal procedurals. In essence, the DOD sabotaged a TV show because they didn’t like its politics.

While the likes of Christopher Nolan are powerful enough to sometimes resist the military’s overtures and manipulations, the DOD’s hostile takeover of Hollywood is gathering pace due to these aggressive, domineering tactics.