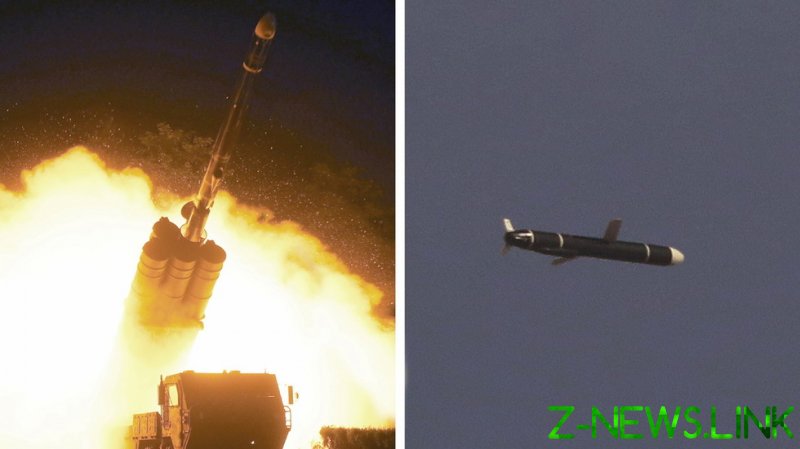 Several hours after North Korea announced the tests, which were reportedly conducted over the weekend, the Pentagon said that it was “aware of reports of DRPK cruise missile launches.” The US military, however, fell short of confirming or denying the fact of the launch, nor did it comment on the type of weapon that Pyongyang claimed to have fired into the sea.

“We will continue to monitor the situation and are consulting closely with our allies and partners,” the statement issued by the Pentagon’s Indo-Pacific Command (INDOPACOM) read.

At the same time, the US military said that the reported launch of the cruise missiles, which are, however, not expressly banned under UN Security Council (UNSC) resolutions on North Korea, “highlights” Pyongyang’s “continuing focus on developing its military program and the threats that [it] poses to its neighbors and the international community.”

Japan has also said that it was “concerned” over the reports of the launch.

The Pentagon went on to note that its pledge to protect South Korea and Japan – both countries rely on the US military to defend them in case a major conflict breaks out –  remains “ironclad.” Washington retains operational control over the South Korean military since 1954, and is set to hand over the reins to Seoul next year as part of a transition plan. About 28,500 troops have been based in South Korea, while some 55,000 have been stationed in Japan. According to a March report by the US Government Accountability Office, the US has funneled more than $34 billion into its continuing military presence in the two North Korea’s neighbouring countries between 2016 and 2019 alone.

While Washington claims that its presence in the region and shows of power in the form of joint war games with Seoul are needed to deter Pyongyang, North Korea has been accusing the US of taking a “hostile” approach, refusing to revive stalled denuclearization talks.

In its report on the launch, North Korea’s state agency KCNA said that the missile was designed to serve as “effective deterrence means”  able to “contain military maneuvers of hostile forces.”