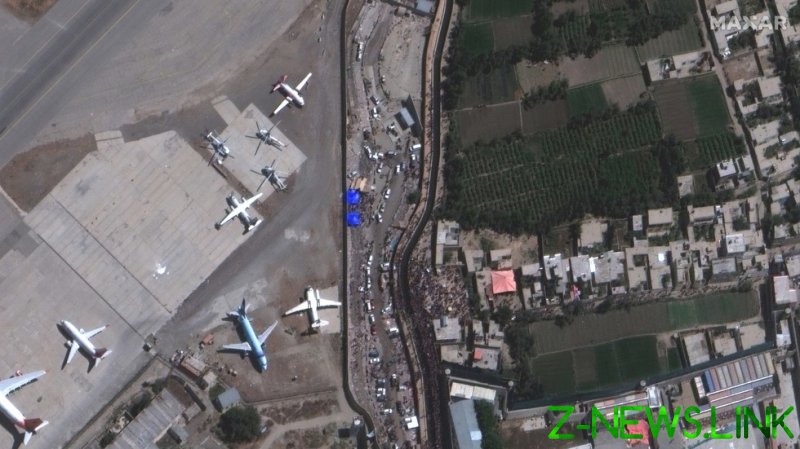 The agency has not specified the number of deaths, adding that several more Americans have been injured.

The US Ambassador to Kabul has confirmed to local staff that four US Marines were killed in the explosions and three wounded, the Wall Street Journal reported, citing a US official with knowledge of the briefing. Another official confirmed “at least three” Americans were injured.

The casualties resulted from a “complex attack” that also killed a number of Afghan civilians, according to the Pentagon. The explosions – believed to have resulted from one suicide bombing at the Abbey Gate and one vehicle bomb near the Baron Hotel – left a total of 13 people dead, a Taliban spokesperson has confirmed.

Many US allies had either already ended their evacuation efforts before Thursday’s explosions, citing advance intelligence about a terrorist attack, or have announced Thursday as the last chance to exit. Denmark and Canada are no longer flying evacuation missions; Poland and the Netherlands have stopped flying since the attack, while Italy stopped Thursday night, and France announced a Friday deadline. The UK and US, however, are continuing their flights as thousands attempt to pile on the rapidly dwindling number of available planes.