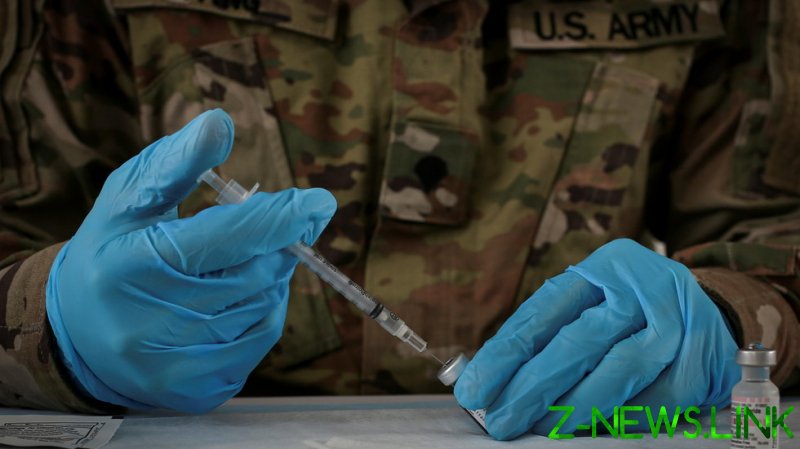 “I will seek the president’s approval to make the vaccines mandatory no later than mid-September, or immediately upon” their licensing by the Food and Drug Administration (FDA), “whichever comes first,” Austin said in a memo to all members of the US military on Monday, previewed by AP.

“I will not hesitate to act sooner or recommend a different course to the President if l feel the need to do so. To defend this Nation, we need a healthy and ready force,” he added.

The three Covid-19 vaccines – made by Pfizer/BioNTech, Moderna and Johnson & Johnson, respectively – recognized by the US government have been authorized for emergency use. Without full FDA approval, Austin would need a waiver from the White House to make them mandatory, which explains the five-week notice.

Monday’s memo comes on the heels of last week’s media speculation that Austin and the Biden administration were working on a vaccine mandate, framed in those very terms. Other media reports suggested that a FDA approval for Pfizer’s vaccine, which uses mRNA technology, could come in early September, with Moderna’s mRNA shots close behind.

Once the mandate is in place, any member of the military who refuses the vaccine could be punished under the Uniform Code of Military Justice for failure to obey an order.