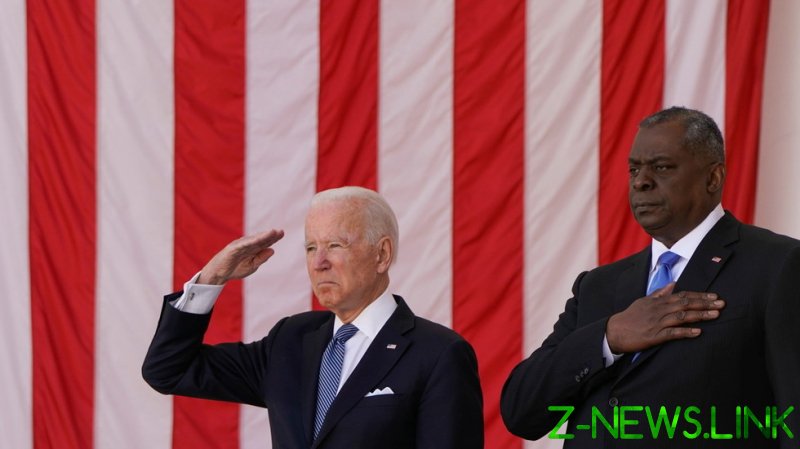 Speaking to CNN in an interview published on Memorial Day, Austin praised the military’s recent emphasis on diversity in its recruiting materials and said it will never be “soft,” but claimed Cruz’s “talking points” could be “capitalized” on by China and Russia, “adversaries” of the US, according to the interview.

Despite this point, Austin added that he “will not lose one minutes of sleep about what the Chinese leadership is saying or what Vladimir Putin is saying.”

Cruz was one of numerous people to criticize the military recruiting ad in question, which was an animated commercial that put an emphasis on diversity, even showing one hypothetical recruit in a protest march for “equality.”

Cruz reacted to a mashup of both the US cartoon and a Russian military recruiting ad dating back to 2014 that put far more emphasis on individuals challenging themselves, telling potential recruits that “nobody cares who you used to be” and “tomorrow is the first day of the rest of your life.”

He went on to accuse Democrats and the “woke media” of trying to turn “the greatest military on Earth” into “pansies.”

Austin defended the diversity approach to recruiting on Monday. This is not the first time Austin’s name has been attached to a controversial recruitment program. Working as the head of the US military’s Central Command under former President Barack Obama, the then-general revealed in 2015 to the Senate Armed Services Committee that a training program costing hundreds of millions and meant to get thousands of Syrians ready to combat ISIS to avoid deployment of US troops in the area was way behind schedule and the numbers of actual trained fighters was a minuscule “four or five.”

Austin downplayed what some lawmakers and critics saw a “failure” down at the time, saying the program was “designed to be a complement to all the other things that we’re doing.” He seems to have the same confidence in the military recruiting stateside today, saying they are doing a “great job of recruiting the right kinds of people.”

As for who the “right kinds of people” are, the defense secretary added that as long as someone is “fit” and “can qualify,” then there is a place for them on “this team.”