Home / WORLD / Pentagon asked to house migrant children on MILITARY BASES. When Trump mulled the idea it was decried as ‘CONCENTRATION CAMPS’

Pentagon asked to house migrant children on MILITARY BASES. When Trump mulled the idea it was decried as ‘CONCENTRATION CAMPS’ 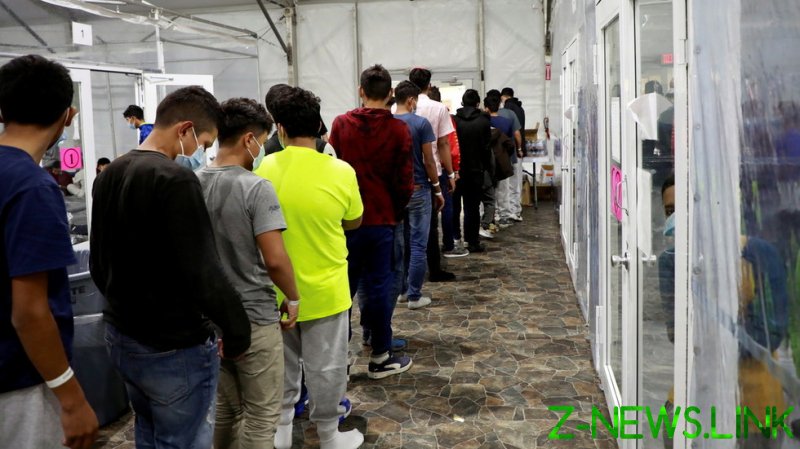 Pentagon spokesman John Kirby told reporters on Tuesday that the Department of Health and Human Services requested to use facilities at Joint Base San Antonio and Fort Bliss, both in Texas, to house an unspecified number of minors apprehended after crossing the border from Mexico.

“We have just received this request, so I don’t have much more detail than that,” said Kirby, adding the Pentagon will “analyze it and evaluate it just like we would any other request for assistance.”

With President Joe Biden quick to revoke his predecessor Donald Trump’s immigration policies – from the construction of the border wall to demanding the asylum-seekers wait in Mexico – the tide of migrants from Central America has swamped the southern US border. So large is their number, the overwhelmed US Border Patrol has begun releasing the apprehended migrants into the US without bothering to give them court notices, or in some cases Covid-19 tests.

Unaccompanied minors are a particular problem, as more than 15,000 are currently in custody while HHS has previously said their facilities can only hold 10,000 or so. Earlier this week, photos from the makeshift tent facilities in Texas made it through the information blockade that the Biden administration sought to impose on reporters, citing the coronavirus emergency.

Yet the kind of public pressure that was directed against the Trump administration in 2018 – when the practice of detaining minors separately from adults and not releasing them was denounced as “kids in cages” and “cruel” by Biden himself – is now entirely absent.

This is not the first time Fort Bliss was considered as potential overflow housing for illegal migrant minors. The base was mentioned in a May 2018 report by the Washington Post, along with two Air Force bases in Texas – Goodfellow and Dyess – and Little Rock AFB in Arkansas.

The Trump administration chose not to follow through on the consideration, but not before it was denounced as “pure evil” and “concentration camps for children” by prominent members of the online ‘Resistance.’

The activists apparently never bothered to read the actual story, in which the Post noted that some 7,000 minors were housed at military bases in Texas, Oklahoma and California for several months in 2014, during what was described as the “child-immigrant crisis.”

In June 2019, the Trump administration once again contemplated using military bases to house 5,000 migrant minors. Among the places considered were Malmstrom AFB in Montana, which houses more than 100 nuclear missiles, and the massive Army facility at Fort Benning, Georgia. The children would have been cared for by HHS staff and not the military.

It was unclear whether anything came of the initiative, however. By the end of June 2019, as Trump threatened tariffs, Mexico deployed thousands of troops along its borders. The move effectively cut off the flow of migrants from Central America – until Biden’s election and perceived promise of open borders reopened it, that is.

The vocal critics of Trump’s immigration policies have remained silent in the face of the border crisis that has developed under Biden, while the White House itself has refused to acknowledge its existence and prefers to use euphemisms such as “challenge.”

Several human traffickers have openly admitted to Reuters that they have been encouraging parents to send their children alone, to “take advantage of the moment,” according to a report published on Tuesday.

The smugglers also said that drug cartels that control the Mexican side of the border “mandate” the use of migrant children as decoys for the drug trafficking operations.

The surge of underage migrants is exploiting a loophole in US immigration law known as the Flores Settlement, a 1997 class action suit agreement that limits how long minors can be detained by the authorities.