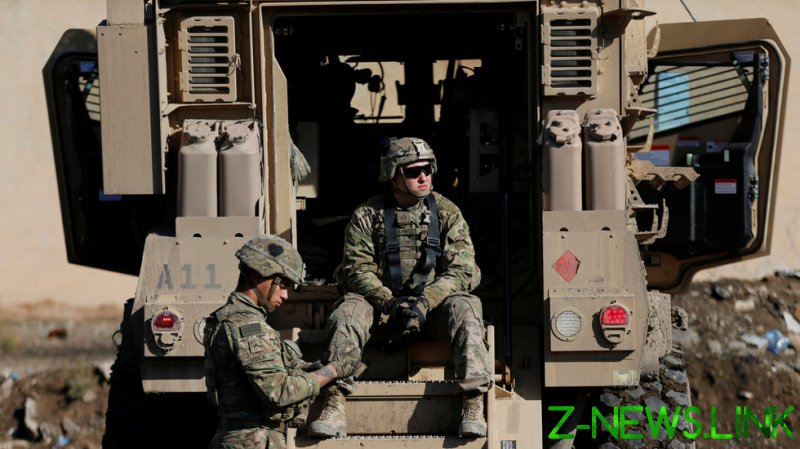 In a press briefing on Tuesday, Miller said the troop withdrawals will take place before January 15, 2021.

“I celebrate this day as we continue the president’s consistent progress in completing the mission we began two decades ago,” Miller told reporters, adding that the withdrawal decision was a “collaborative” one between Trump and senior US military leaders.

While Trump is still contesting the presidential election results, which have yet to be officially called despite major news outlets declaring victory for Democrat Joe Biden, it appears he will partly fulfill his campaign promise to withdraw troops from the Middle East before his likely departure from office.

Miller said talks with the Taliban remain “ongoing.” The Trump administration previously signed an agreement with Taliban leaders promising a full troop withdrawal from Afghanistan by mid-2021 if they upheld agreed-upon counterterrorism measures.

This peace deal remains the goal, Miller said on Tuesday.

The acting defense secretary, who stepped into the role after the president recently fired Mark Esper, has made clear he is interested in seeing an end to US engagement in Iraq and Afghanistan, which has gone on for nearly two decades.

In a message over the weekend to Department of Defense employees, Miller, a veteran, said he is “weary” of the wars and that “perpetual war” is the “antithesis of everything for which we stand for.”

“All wars must end.”

During his address on Tuesday, Miller also said he has spoken to members of Congress, as well as to NATO Secretary-General Jens Stoltenberg and Afghanistan’s President Ashraf Ghani about the withdrawal and an end to the military engagement in both Iraq and Afghanistan.

“We went in together, we adjust together and when the time is right, we will leave together,” he said.

White House National Security Advisor Robert O’Brien also spoke to reporters on Tuesday and expressed the president’s “hope” that all US troops in Afghanistan and Iraq will return home by May.

The Trump administration’s efforts to completely withdraw from the two countries would likely be complicated by a Biden presidency, as the Democrat has said in the past that he wants to keep 1,500 to 2,000 troops in-country.

“These forever wars have to end…but here’s the problem, we still have to worry about terrorism,” Biden told Stars and Stripes in September.