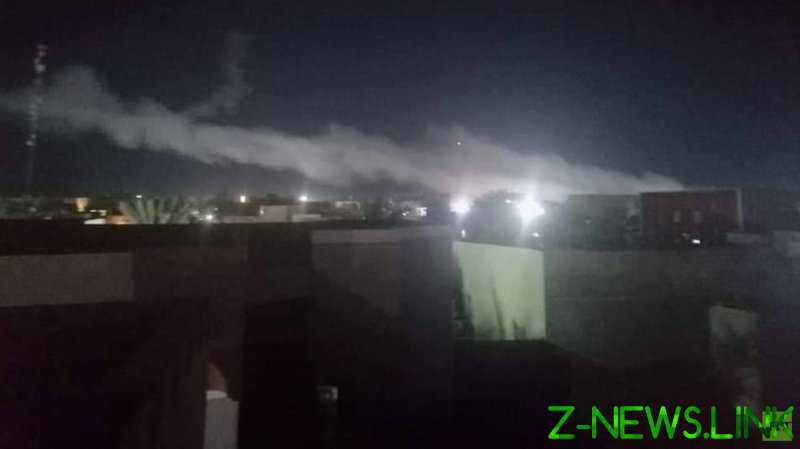 “At President Biden’s direction, U.S. military forces earlier this evening conducted defensive precision airstrikes against facilities used by Iran-backed militia groups in the Iraq-Syria border region,” Pentagon Press Secretary John Kirby said in a statement on Sunday. “The targets were selected because these facilities are utilized by Iran-backed militias that are engaged in unmanned aerial vehicle (UAV) attacks against U.S. personnel and facilities in Iraq.”

Kirby insisted that the US “took necessary, appropriate, and deliberate action designed to limit the risk of escalation” after reminding that American military is in Iraq “at the invitation of the Government of Iraq for the sole purpose of assisting the Iraqi Security Forces in their efforts to defeat ISIS.”

A reporter for RT Arabic has confirmed hearing the explosions coming from the Iraqi-Syrian border and cited an Iraqi security source who said that the blasts took place on the Syrian territory, in the vicinity of civilian houses.

The Pentagon’s statement did not mention which country’s territory suffered the impact of the strikes. Unlike in Iraq, the US military did not receive any invitation from the Syrian government, on the contrary – Damascus demands American troops leave its territory, calling their presence in the country illegal.

So far, the Pentagon has not informed the public on any potential casualties from its latest strikes. Meanwhile, Syrian news agency SANA has reported that a child has been killed in the aftermath, with three more civilians injured.