Pension in Polish: let others work 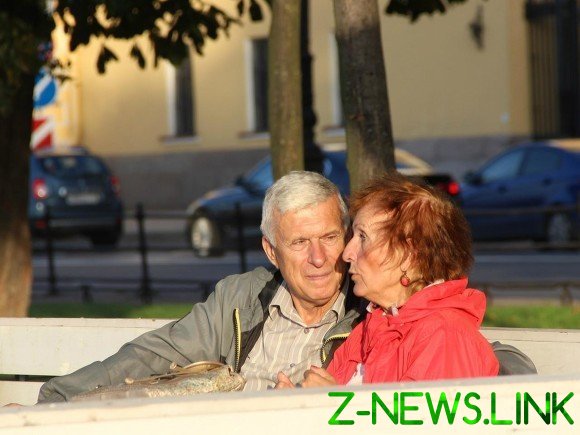 In Warsaw decided that the economy would be better if elderly people start faster to release jobs. And lowered the age of retirement.

Recent years were a period of substantial reform of pension systems in different countries. In many States (Russia, Belarus, Latvia, Lithuania, Estonia, France, Denmark, Brazil, Australia), the legislature went by increasing the retirement age. Reasons, the overall pension systems of different countries faced with such problems as aging and population decline — hence the lack of money for the system of solidarity pensions, which employed deduct money to benefit the elderly.

In the same countries where the past was dominated by the mandatory funded and voluntary funded system, to raise the retirement age have to keep the fullness of the economy of labor. Simply put, because of falling fertility is becoming less young people and simply not enough workers. And to solve the problem, letting migrants do not want to.

But in other countries — Italy, Poland, China — the age of retirement, on the contrary, reduce. There their views. For example, in Italy want to reduce youth unemployment to elderly not to stay at workplaces, and went on state welfare. In China trying to expedite the turnover of the labour force against the background of stagnation: it is no longer needed all the working hands in a row, and that’s just the young — need. In Poland want to “spur” the economy in General.

One of the main problems of a fast-growing Polish economy in the last decade — a shortage of workers. But the Polish government formed the ruling conservative party “law and justice”. That is, it opposes the admission of migrants of non-Christian religion, as well as refugees from Africa and the Middle East. And on this matter Warsaw even comes into open conflict with Brussels.

The fact that the Polish government has found a kind of solution to the problem of workers, it actively attracts labour migrants from Ukraine and Belarus. Them there, by most estimates, about two million. Warsaw satisfied with: language difficulties low, cultural and religious did not. It turns out that a private Polish youth can engage on a higher and more intelligent positions, good, positions that require manual labor (Yes, and many more complex too) is already “closed” by Ukrainians and Belarusians.

Therefore the Polish government decided that allowing the senior citizens of the country used to retire the Polish youth will be able to quickly climb the corporate ladder. And brought with it new technologies and approaches will give a new impetus to the development of the country.
October 1, 2017 in Poland has enacted a law reducing the retirement age. According to him men may draw a pension at 65 and women from 60. Prior to that, the retirement age for both sexes was 67 years.

“The Polish government gives the poles the right choice. If someone wants to work longer, can do it. Reducing the retirement age to 60 for women and 65 for men, we return to our fellow countrymen a decent choice,” — said the head of the government of Poland Beata Szydlo. According to her, in the budget there are funds so the social insurance Fund (ZUS) of Poland is not threatened with bankruptcy, there are sufficient funds to meet growing pension payments.

At the time of adoption of the new law, are entitled to enjoy an earlier retirement planned 82% of poles are critical of the social insurance Fund (ZUS). And then the experts predicted that this trend will only increase. The reason is that the amount of prior contributions divided by average life expectancy. Accordingly, when the life expectancy increases, the pension decreases. This means that more and more people, regardless of how much they will work, will receive the minimum pension. In such a situation radovanu worker is profitable before to cease work and to additional payments to the minimum pension from the budget.

Reduction of the retirement age was one of the campaign promises of the party “law and justice” (PiS) won the parliamentary elections in October 2015. The Polish Sejm voted for the act 16 November 2016. For the remainder of 2017 on the implementation of the law was spent 1 billion PLN (€240 million). For 2018 for pensions has been spent over 10 billion zlotys (over €2.3 billion). In the year of retirement in Poland came about 330 thousand people. And in 2020, it is expected to consider the possibility of a new reduction of the retirement age. However, under the new rules, the poles have the right to work and achieve it. Each additional year of work means a larger pension.

Now about the money. The average pension in Poland is approximately equal to 40% of the average wage. Full pension payable after 40 years of service, but retired men if you want to leave after 20 years to work, women in 15 years. Thus the bulk of retirees receives between 1,500 to 2,000 zlotys, that is 350-470 euros. Not too much, seems like a lot by European standards, but life here is very cheap — in a good way.

See also:  Pension reform: what "surprises" are waiting for the Ukrainians

ZUS is considered by the management service of the pension insurance. The Fund is also responsible for public health insurance and other types of personal insurance. All working citizens and legal immigrants have to pay to ZUS pension contributions. They are divided into several categories: in fact, retired — 19% of salary; disability benefits — 8% of earnings; medical care is about 3% etc. a very complicated insurance system covers many aspects of life of citizens by enabling them in the event of disability or upon retirement to stay socially protected.

And on October 4, 2018, the Polish Sejm adopted the law on the planned capital investments of workers. It envisages the creation of a private and voluntary system of additional savings for the period of retirement. In the implementation of programs should involve the state, employers and employees.

According to Marcin of the Chorale, members of the “Law and justice”, the new law’s advantages: “first, the new law is a response to the existing in Poland the demographic problem. We are talking about the fact that the ratio between retirees and workers in a short time will increase, therefore we need additional sources of funding pensioners, so they do not become too low. The new law provides for voluntary, nobody will be forced to participate in this program. If a person wants, it can use the extra range to increase their savings at the time of retirement”.

The specific amount of the pension in Poland is calculated by a complicated formula depending on the legal age of survival of the average person, and the amount of his pension contributions. Further, the pension is indexed to inflation. In the case of death of the recipient, his relatives are entitled to one guaranteed payoff.

Because Poland is trying very hard (in some moments) to conform to the standards of the EU, the seniors are taken care of and dopolnitelno. On certain days, stores of all retail networks arrange for them sales of products and goods at reduced prices. Local authorities are free tours and activities, creating interest clubs. And, of course, the Catholic Church does not leave pensioners without attention — it is, perhaps, the most conscientious members.