Penelope Cruz admitted who dreamed of becoming in childhood 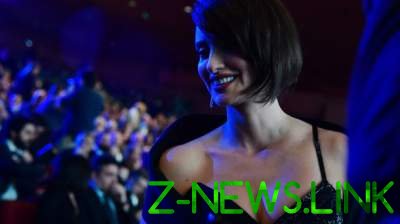 The actress also spoke out against age discrimination

Actress Penelope Cruz posed for the new issue of Interview magazine and gave the publication a Frank interview about ageism (age discrimination).

The actress said that this topic is very relevant now and important for many women in her profession.

Penelope started acting in movies when she was a teenager and admits that the issue of age began to occur at a time, and do not cease to this day. “When I was 22, journalists were constantly asked if I am afraid of getting old? At the age of 22! This is a stupid question for a guy his age. My parents worked tirelessly to put children on feet. I am very grateful for the realism that they gave me. As soon as someone starts talking to me about aging, I immediately stop the conversation. It’s not worth discussing. Of course, much has changed in my life after the birth of her daughter. On the court in 2017, and to ask questions about aging I think is crazy, but, unfortunately, they become more frequent with the advent of children,” says Cruz.

The actress also said that as a child dreamed of becoming a ballerina or a dancer, but in 16 years, finally fell in love with acting. Interestingly, the sister of Penelope, Monica, who also became an actress, combined shooting in the movies and TV shows with professional dance classes.