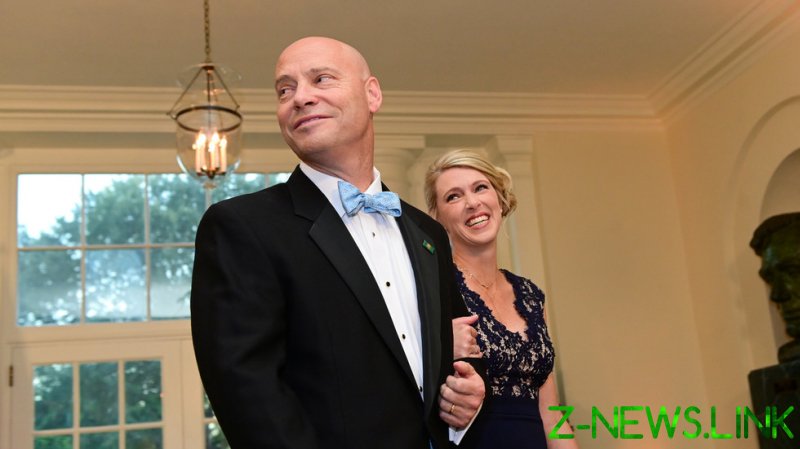 “Vice President Pence and Mrs. Pence both tested negative for Covid-19 today, and remain in good health,” spokesman Devin O’Malley reported on Saturday evening as he confirmed that the VP’s right-hand man, Short, had contracted the virus.

Pence is not expected to cancel any of his scheduled events in light of his top aide’s illness, O’Malley noted, adding that his boss “will maintain his schedule in accordance with the CDC guidelines for essential personnel.”

The decision for Pence to continue his public engagements was made “in consultation with the White House Medical Unit,” the spokesman said.

Short, who served as director for legislative affairs in the Trump administration from 2017 to 2018 and, since March 2019, has been Pence’s chief of staff, is considered to be a “close contact” of the vice president.

The Centers for Disease Control and Prevention’s guidelines for “critical infrastructure workers” who have been potentially exposed to the coronavirus state that such workers can go on with their duties as long as they don’t display any symptoms, are under regular monitoring, and “wear a mask at all times while in the workplace for 14 days after last exposure.”

Short has become yet another high-profile White House official to have contracted the virus. US President Donald Trump, First Lady Melania Trump and their teenage son Barron all tested positive for the virus in early October. Shortly after his diagnosis, Trump was transported to Walter Reed medical facility, where he spent four days being treated with an experimental drug cocktail and oxygen.

After his discharge from hospital on October 5, Trump immediately resumed his public engagements, and has been busy campaigning ever since.

Apart from Trump, an array of White House officials were treated for coronavirus, including his senior advisers Stephen Miller and Hope Hicks, White House Press Secretary Kayleigh McEnany, and a number of GOP officials and lawmakers.