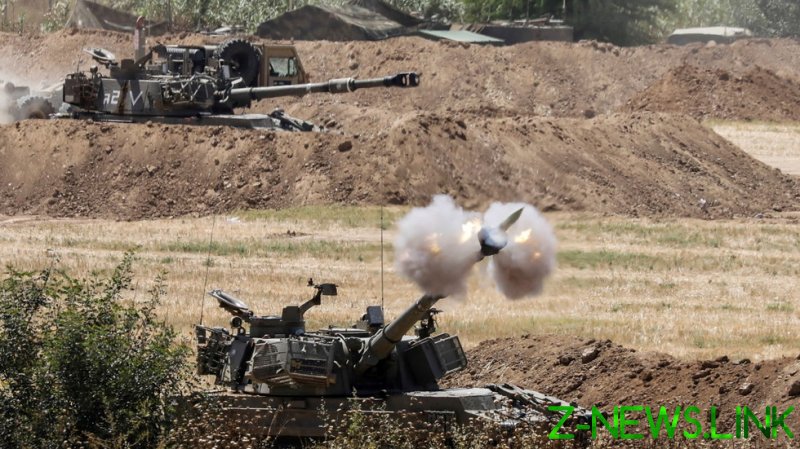 As widely alleged but unaccountable war criminals go, Israel has held quite the enviable position for years, with the US serving as essentially a low-paid mercenary “daddy,” or bully-for-hire – one who can be called on to finish off from far away all fights Tel Aviv starts in its own neighborhood. Americans were cringingly reminded of this ‘feature’ earlier this month as our “best friend in the Middle East” ran out of pre-election stunts to pull and fired up the rocket launchers in massively disproportionate retaliation to Hamas attacks. Casualties, as usual, were almost universally on the Palestinian side, and many of them civilian, but the fireworks collected from the Hamas side were all that was needed to gin up a good portion of fear.

Over in the US, the utility balance was different. Pelosi and most other big-time government figures have seen nothing wrong re-running old episodes of Hamas bombing Israel whenever US support for the country looks as if it’s starting to flag. Indeed, they have repeatedly attempted to side against the Constitution in order to enshrine their unflinching support for Israel in law, attempting to place its interests above the US Bill of Rights. Pelosi has been foremost among those pushing with all their might for outlawing attempts at any sort of centralized boycott – most notably the Boycott, Divestment and Sanctions (BDS) movement – never mind the First Amendment and the free speech it guarantees.

Whatever one’s opinion on the utility of boycotting Israel in order to sue for peace in the Middle East, any honest discussion of the problems with anti-BDS laws is outfitted with figurative suicide vests, so Israelis and Arabs shy away from touching them in everyday conversation.

Pelosi’s proposed boycott of China is, in essence, the same as BDS but without the thorny third rail that is Israel. Pelosi has attempted to shoehorn her China Olympics boycott into the same category as the BDS campaigners place theirs, without having done a fraction of the work of the Palestinian campaigners. She has all but painted herself a hypocritical hot pink into the bargain.

It’s not a particularly confusing concept, after all. As with boycotting apartheid South Africa, the goal of BDS was to use nonviolent pressure tactics to convince other nations to stop trading with the country in question by making it so economically as well as philosophically repugnant to do so that the rest of the world feels compelled to distance itself from such economic activity. The campaign relied on maximizing the economic and reputational damage to its victims, essentially speeding up the delivery time for karma and hoping that, in the age of social media-bound cancel culture, it would be a perfect time for BDS to finally break through and start winning economic and PR victories.

Сonvincing certain nations to keep their officials home from the Olympics in 2022 allows every country the best of both worlds – one doesn’t have to actually bench one’s sports stars, and can, in fact, still walk home with a neck full of medals and a head bursting with self-ascribed virtue. The Olympics is, after all, self-politicizing so rapidly, it’s beating even areas such as film and entertainment, thus guaranteeing no one will be able to have any fun at all by the time 2024 hits.

Press freedom is, in some cases at least, getting a long-deserved makeover, though don’t tell Americans that. Uncle Sam has reliably pounced on the wrong side of journalistic history for the past several years, exiling Chinese journalists from the US and suppressing media coverage in a manner almost exactly the same as they accuse the Chinese of doing. In a not-so-rare case of bipartisan warmongering, Pelosi seems to have joined forces with former secretary of state Mike Pompeo to declare China a genocide in progress, tellingly leaving out any substance while larding their public statements with propaganda and fear-based rehashes of Trump-era concerns over intellectual property theft and the like.

It’s also telling how seldom Pompeo and Pelosi come forward to engage in actual debates with the Chinese, suggesting their ‘facts’ are something less than solid and that deeper investigation might find reality somewhat wanting.

Meanwhile, the US has instead resumed praising Israel of all places, in which Gaza has reopened as a 24/7 ongoing museum exhibit of the extermination of civilians. Though the fact Biden was criticized at all in the same American chamber of drooling fanboys that offered up an absurd 25 obsequious standing ovations during a congressional address by Israeli PM Benjamin Netanyahu just six years ago pointed at there now being at least a morsel of self-awareness. Better late than never.

But in wailing about the plight of the Uighurs in Xinjiang, the US has painted itself into a corner, revealing that China’s supposed ‘victims’ are living – according to Pelosi and her pals, anyway – under circumstances hardly different from those of the inhabitants of Gaza, supposedly because their leaders use them as human shields, with all the setup arranged to ensure the US has nothing to do with it.

Worse – and flying in the face of the hoary old claim that Pelosi and the Democrats are the party that respects journalism and the media – the Israeli government, poised to receive hundreds of millions in weapons funding from the US, destroyed the offices of several prominent media organizations in a building in Gaza last weekend. The battle between expressions on the journalists’ faces was itself surreal, as no one seemingly wanted to bite the Israeli hand they believed was feeding them in the Middle East – but neither was anyone interested in dying of chronic hypocrisy. Israel, for its part, insisted that, by giving the commercial tenants of the 12-story high-rise 10 minutes’ warning that the bombs were coming, they would have had time to rush to safety – that is, if they had no interest in rescuing their records, important paperwork, or personal property. This is Israel’s default chorus: Palestinians have time to get out of the way, why don’t they just leave?’