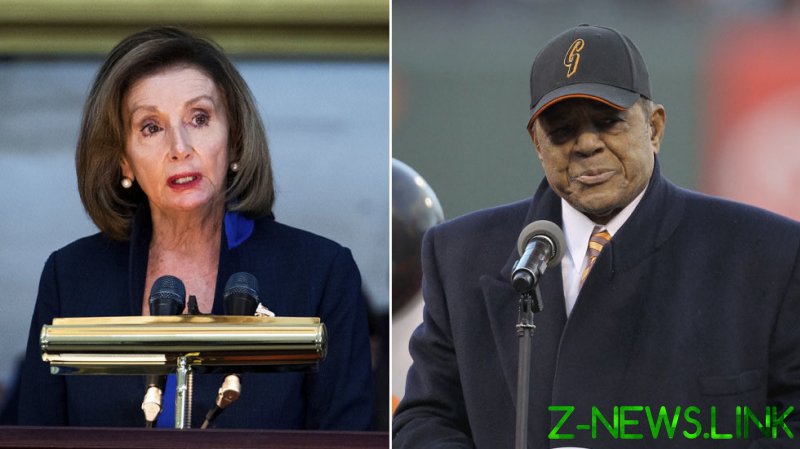 After trying to honor Willie Mays’ 90th birthday this week, Pelosi found herself facing a wave of criticism once the critical mistake in her tweet was highlighted.

“Happy 90th Birthday to an all-American icon, Willie Mays. A trailblazing, record-breaking baseball player, civil rights leader, and champion for youth sports and well-being, Willie Mays is a civic legend and national treasure. #SayHey90,” Pelosi tweeted. The message was accompanied by a photo of Pelosi with Willie McCovey, a fellow baseball legend and Hall of Famer. However, McCovey died in 2018 at the age of 80.

Both McCovey and Mays played for the San Francisco Giants, and Pelosi represents the city in the House.

The photo was quickly swapped out for one of the house speaker with the actual Mays. It’s unclear how long the tweet remained up on Pelosi’s timeline, but her team chalked it up to a staff error.

“A staffer inadvertently selected the wrong photo for the tweet,” her office said in a statement shared with the media. “The photo we wanted to use was of the Speaker and Willie Mays at Willie McCovey’s August 2018 wedding. The quickly deleted photo was the wrong photo from the right wedding. We apologize for the error.”

The mistake, however, has been enough for critics to not only mock Pelosi, but even accuse her and her staff of racism.