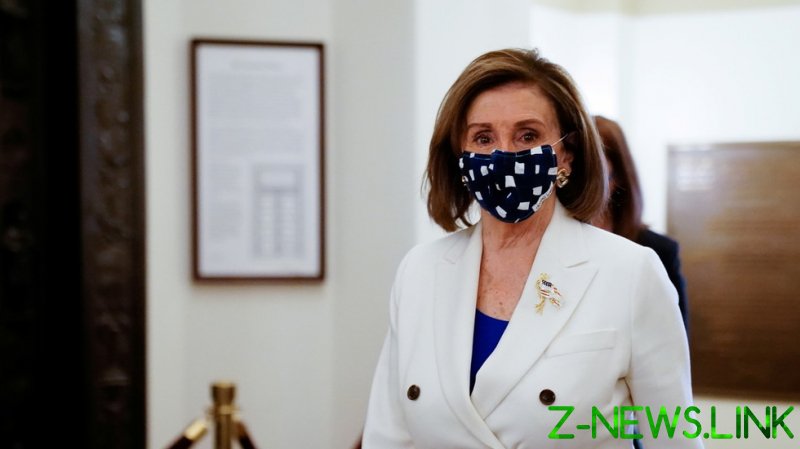 “I think we should see the results of the investigation,” Pelosi told ABC’s This Week when asked about the New York governor on Sunday. “Hopefully, this result will be soon.”

Cuomo has been accused of sexual harassment by multiple women, including former aides. The latest allegation found him accused of groping a woman. New York Attorney General Letitia James has opened an investigation into accusations against Cuomo, and the New York State Assembly has opened an impeachment inquiry.

Numerous Democrats have called for the governor to resign, including New York lawmakers Alexandria Ocasio-Cortez and Jerry Nadler, but Pelosi refused to endorse the notion.

“And what I’m saying is the governor should look inside his heart – he loves New York – to see if he can govern effectively. I think we should see the results of the investigation,” she said.

Pelosi has taken a much harder stance against officials accused of sexual misconduct in the past. When Brett Kavanaugh was confirmed to the Supreme Court, she called it a “profoundly heart-breaking day for women.”

Kavanaugh was accused of sexual assault, though the claim was not verified by any significant investigation and called into question by many critics.

Cuomo has denied the accusations of sexual harassment and assault and has refused to resign, saying politicians calling on him to do so are “bowing to cancel culture.”

Pelosi’s comment sets her apart from Sen. Chuck Schumer (D-New York), the top Democrat in the Senate. NBC News reporter Amanda Golden tweeted that she asked Pelosi after her ABC interview about Schumer calling on Cuomo to resign and her not doing so, to which the House Speaker replied, “He’s a New Yorker, I’m not…I said the governor should…you heard what I said. That’s my statement.”

Tags asked cuomo Heart inside pelosi should whether