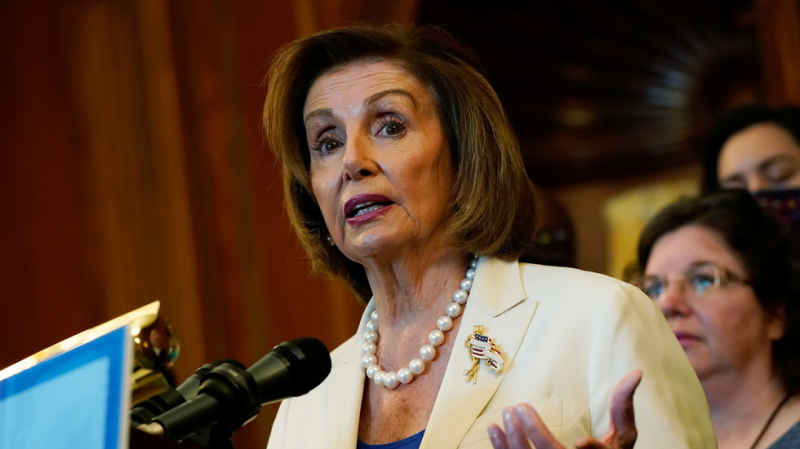 The House failed on Friday to obtain enough support to extend the moratorium, which protects renters from eviction during the Covid-19 pandemic, leaving many Americans vulnerable to homelessness and in limbo, as the House is adjourning for nearly two months.

On Saturday, Pelosi blamed the “pure cruelty” of the Republicans for the extension’s failure and claimed that “ensuring every American has a roof overhead is a value that unites the Democratic Party” – despite the fact that the moratorium couldn’t get enough votes partially due to a sizable faction of Democrats who opposed an extension.

Pelosi also claimed to have “led a relentless campaign to extend the CDC eviction moratorium,” despite telling reporters on Friday that she had only “learned about this yesterday,” prompting many social-media users to mock the Speaker’s “relentless 12-hour campaign.”

“Nancy, don’t pin this on just Republicans. We exercise our vote so you can exercise your vote on behalf of us. Call the eviction moratorium to a vote. Reconvene Congress,” tweeted Jackie Fielder, who ran for California State Senate as a Democrat in 2020, while others questioned how an extension couldn’t be passed when Democrats have a majority in the House.

Unnamed senior Democratic Party aides told NBC News that the extension failed after “about a dozen House Democrats opposed the measure and were unwilling to budge.” Citing one of the aides, NBC News also reported that Pelosi had opposed holding an official vote on the matter – which would have made Democratic opponents to the extension public and liable to backlash – because she “didn’t want to expose some of her caucus members to the wrath of the base.”

California Rep. Ro Khanna claimed on MSNBC Friday that the “reason they’re not bringing it to a vote is because some Democrats privately have tried to kill this bill because of the special interests of realtors and other groups.”

Khanna called it “unconscionable” and “wrong” that the party was “protecting some members to kill this behind closed doors.”

The bill was sunk on Friday after House Majority Leader Steny Hoyer – a Democrat – tried to get the extension passed by unanimous consent, which many critics argue was a purposeful move to sink the bill and deflect blame onto the Republicans.

Pelosi and other Democrats have, meanwhile, hinted that much of the problem came from President Joe Biden giving the House a very short amount of notice to deal with an extension, which was insufficient to rally up the caucuses and come to any compromise.