Home / WORLD / Pelosi gives White House 48-hour deadline to agree on Covid-19 stimulus, or postpone it until after election

Pelosi gives White House 48-hour deadline to agree on Covid-19 stimulus, or postpone it until after election 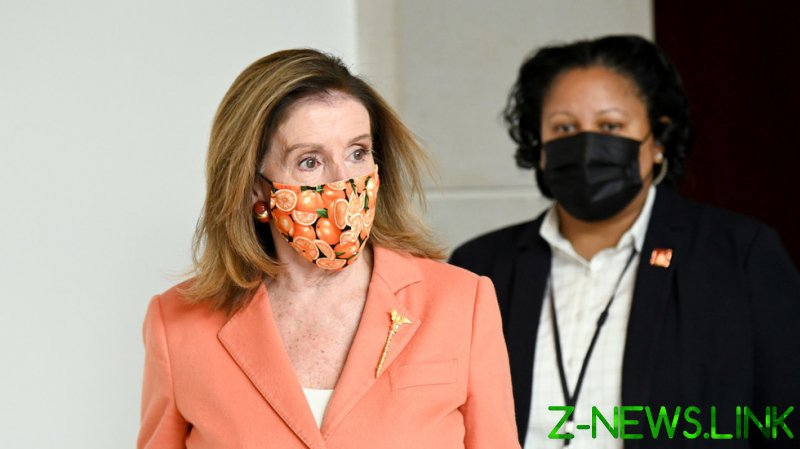 In a letter sent out to House Democrats on Sunday, the House Speaker did not sound optimistic on a stimulus deal being reached anytime soon. The specific disagreement at the moment appears to come down to funding for coronavirus testing and contact tracing.

“The White House had assured Democrats that they would accept our language on testing with a ‘light touch,’” Pelosi wrote, presumably referring to a Saturday talk with Secretary of the Treasury Steve Mnuchin. Though that meeting had some hoping an agreement could finally be reached, the House Speaker says language changes from the White House are not the promised “light touch,” but rather a “deep dive.”

“These unacceptable changes include, but are not limited to, the White House’s refusal to commit to a science-based national plan for testing, tracing, and treatment to crush the virus,” Pelosi wrote, blasting the administration for eliminating “measures to address the virus’s disproportionate and deadly impact on communities of color.”

“The White House does not appreciate the need to direct resources to culturally competent contact tracing,” she said.

Other wording changes, the California Democrat claims, would help the administration to create a “slush fund” with potential money for testing.

“Instead of recognizing the need for a strategic plan, they have changed words including ‘shall’ to ‘may,’ ‘requirement’ to ‘recommendation,’ and ‘strategic plan’ to ‘strategy.’  These changes make the funding a slush fund for the Administration which “may” grant or withhold rather than a prescribed, funded plan to crush the virus,” she wrote.

Pelosi says she is still hoping to find “common ground,” but she has already given a 48-hour deadline to the administration if they want to get a relief package passed before the presidential election on November 3.

Pelosi told ABC’s ‘This Week’ earlier on Sunday that it “depends on the administration” whether a stimulus bill gets passed before the election, and they have 48 hours to come to an agreement.

Mentioning the same language issues in regards to committing to contact tracing and testing in her interview, Pelosi said of negotiating with White House officials, “with all due respect to some of the people in the president’s administration, they are not legislators.”

President Donald Trump has placed the blame of the failure of negotiations on Pelosi. During his town hall last week with NBC, Trump said he is “ready to sign” a bill, but Pelosi “doesn’t want to give the money.”

“The fact is,” he added. “She’s wrong because people know she’s in our way, she’s not approving it.”