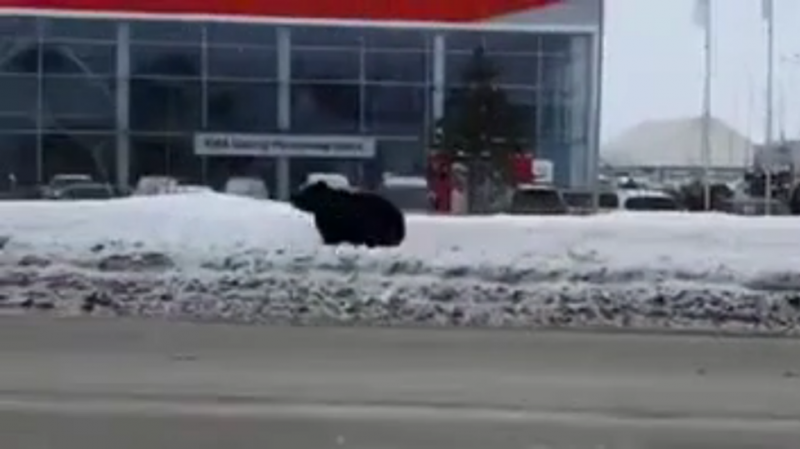 The bizarre story, with some truly crazy visuals, emerged from Nizhnevartovsk in Western Siberia on Wednesday. Locals were puzzled after they witnessed a brown bear roaming the streets downtown in the morning. The animal was very out of place, given it’s a pretty big city with some 280,000 residents and no forests nearby.

The footage, caught on camera by eyewitnesses, shows a man clearly aware of the bear while anxiously talking to somebody on the phone as it gets ever closer. There’s a dramatic moment when the creature appears to get agitated and rushes at him, launching an intense, if short competition in who can run faster. After quite some chase, the quick-thinking man then makes a successful break by crossing the road and setting up his pursuer to be hit by an oncoming bus.

Luckily, the story resolved more or less positively for everyone involved, including the furry guy – or rather gal, as the bear was later revealed to be female. She wasn’t seriously hurt by the vehicle’s impact, thanks to the bus driver’s swift reactions and good brakes, and was soon tranquilized and taken away by the animal control team, which quickly arrived at the scene.

According to local media, the bear was not a wild species, but a captive pet, and had been kept by its owner at the nearby hotel. The police are now investigating how it managed to escape and whether its living arrangements had even been legal to begin with. A second bear was reportedly found in a cage at the same hotel.