Home / WORLD / Peak ‘faux outrage’? AOC berates Republicans for using nicknames when addressing female colleagues… even though she does the same

Peak ‘faux outrage’? AOC berates Republicans for using nicknames when addressing female colleagues… even though she does the same 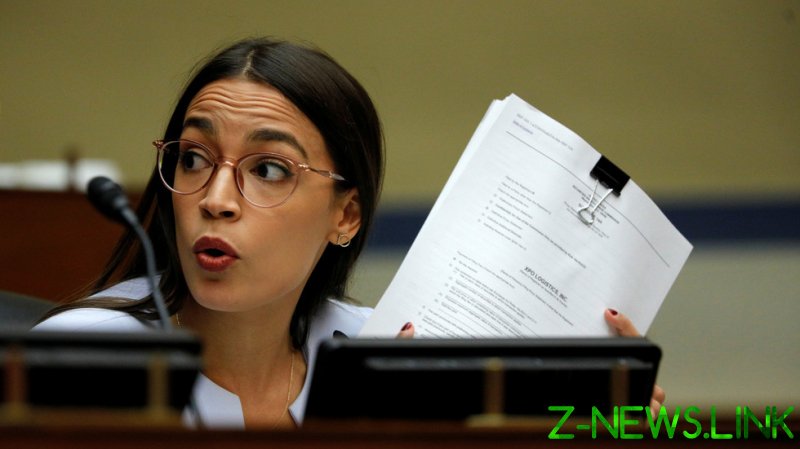 Ocasio-Cortez, commonly known as AOC, took to Twitter on Friday to air her grievances with Republicans’ use of “nicknames or first names” when referring to non-male colleagues, claiming that such informalities “advertise their disrespect of women.”

The New York congresswoman then launched into an unsolicited lesson on what she called “basic respect 101.”

“Government colleagues referring to each other in a public or professional context (aka who don’t know me like that) should refer to their peers as ‘Congresswoman,’ ‘Representative,’” she wrote.

The tweets appear to have been provoked by President Donald Trump’s penchant for using first names or nicknames while speaking about US government officials. He is known to address Democratic House Speaker Nancy Pelosi as simply “Nancy.”

Her etiquette tips received voracious applause from her supporters. One presumably female commenter claimed that “they don’t respect us enough to say our full names.”

Another AOC fan urged the lawmaker to “keep drilling” the Republicans on the issue, expressing hope that “we will eventually smash the white patriarchy.”

However, not everyone oozed with admiration over AOC’s Twitter proclamation. Multiple observers asked AOC how she felt about people referring to recently deceased Supreme Court Justice Ruth Bader Ginsburg as “RBG.” One Twitter user discovered that Ocasio-Cortez has herself used the informal nickname while referring to the Supreme Court justice in a “public context,” seemingly breaking her own rules.

Others claimed that AOC violated her own etiquette guidelines in an accusatory tweet directed at Rep. Tulsi Gabbard, in which she used neither “congresswoman” nor “representative” to address her colleague.

The idea that Republicans, or more specifically President Donald Trump, only uses “disrespectful” nicknames when addressing women was also questioned.

Matt Walsh, from the conservative Daily Wire, pointed out that Trump has all kinds of nicknames for male lawmakers, many of them far from flattering.

AOC has a habit of stirring up Twitter controversy. She nearly caused the platform to implode after arguing that a recent crime spike in New York City was caused by people needing to pay their rent and buy food for their children.