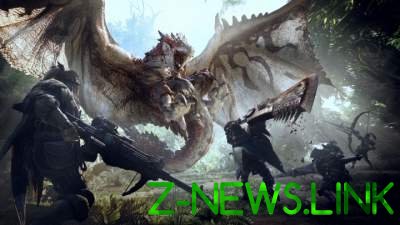 On consoles PS4 and Xbox One the game became available in January.

Capcom has announced the release date of the PC version of role-playing action Monster Hunter: World. The game will be available on personal computers 9 August this year and will be equipped with DRM Denuvo protection. Along with this, the developers have published the official system requirements of the project, with a complete list of which can be found below.

See also:  Russia plans to expand in the Arctic, their missile system

See also:  Published list of places in the world where hospitality is not in fashion

Let’s remind, that on consoles PS4 and Xbox One the game was still available in January and to date has sold over 8 million copies. The action of the Monster Hunter World takes place in an open world where the player assumes the role of a Hunter tasked with “study group”, during which he kills or catches monsters living around a Central base Astaire. Gamers also available in co-op mode co-op play for up to four people.