Home / WORLD / Pay Taliban reparations? UK anti-war fruitcakes’ plan is an insult to the thousands of Afghans and Allies killed by Islamist thugs

Pay Taliban reparations? UK anti-war fruitcakes’ plan is an insult to the thousands of Afghans and Allies killed by Islamist thugs 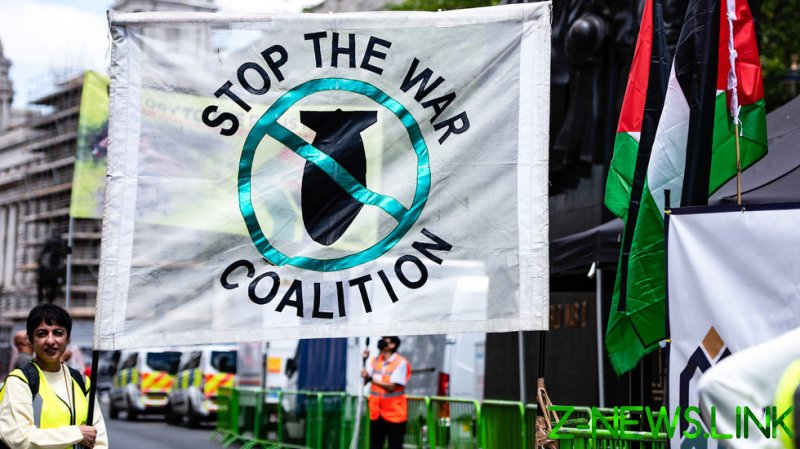 There have been some poor decisions made about Afghanistan during the 20-year-long war but nowhere, no-how at no time has the suggestion of paying reparations to the murderous Taliban ever been considered, until it was suggested on Sunday by the Stop The War Coalition.

A ragtag collective of clueless no-hopers that counts former Labour leader Jeremy Corbyn and his equally dopey sidekick Diane Abbott among former members, someone must be putting something in the herbal tea at the meetings of these British anti-war campaigners.

Anyone who has been watching the news over the last two decades knows the Taliban is not after money. It is after power. Its members want to build an Islamic caliphate in their, frankly, desperately unappealing country, from where they can direct havoc at will.

They are not to be appeased. And, while they try out the chairs in the government buildings for size, empty the prisons of dangerous, violent men captured by UK, US and allied troops, and signal the end of a disastrous, 20-year military intervention, they are not to be trusted.

No one is saying that taking on the Taliban on its home turf was a good idea at the start way back in 2001. It was a knee jerk response to 9/11 when a win in the so-called ‘War on Terror’ was sorely needed. Those western leaders like George W Bush and Tony Blair thought it was a good idea. After all, they looked like the enemy, they spoke like the enemy, why not make them the enemy?

And you have to hand it to the Taliban soldiers, they were up for a fight. If that meant killing the infidels occupying their country, then so be it. If it meant killing fellow Afghans by their thousands, particularly those who cooperated with the enemy, then they were okay with that, too. Strict application of Sharia law, a scorched-earth policy that saw them burning fertile land and destroying homes? All good.

Along the way, women would find the rights they fought so hard for stripped away in an instant as their conquerors enforced medieval practices and laws upon them. If they broke the law, they were publicly whipped or executed. Young girls were denied education and the citizens would be cowed as trigger-happy Taliban thugs patrolled the streets of Kandahar and elsewhere.

While the UK and the US have failed those women and children and have now fled the capital in undignified retreat, there are some Afghans that even at this late hour we can still help, that we should help, but they are not among the Taliban leaders and their fearsome enforcers now flexing their muscles across the nation’s capital. To suggest we actually pay these radical Islamists any sort of reparation, or even lip service as a legitimate governing force, is disgraceful.

The people we really owe are those brave Afghans who sided with the allies as they sought to find a way out of this mess: the interpreters, the local fixers, the intelligence agents, the military we spent millions of dollars training and the government officials who, despite Taliban denials, will certainly face fierce reprisals once the allied forces leave for good.

It is those people we should be doubling efforts on helping, hang the cost, which would be a pittance compared to the trillions spent on fighting this unwinnable war. But not one penny, cent or pull should ever go towards reparations for the Taliban. That would be an abomination and a gross insult to the estimated 47,245 Afghan civilians, 66,000 Afghan military and police, 2,448 US service members, 1,144 NATO allies, 444 aid workers, 72 journalists and countless other dead killed in 20 years of combat.

So don’t even think about it.