Patrol told why the Ukrainian police all very bad 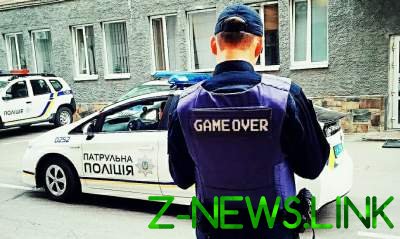 The guy was not afraid to talk about the main problems of law enforcement.

Chronic fatigue, low wages and a “competition” for the execution of plans that eventually reduced to issuing fines for Smoking in public places, regulations for crossing the roadway in the wrong place and raids to combat not wearing seat belts. A former employee of the patrol police of the National police of Ukraine, Anton Malkov told why he retired from law enforcement.

About this he wrote on his page in Facebook.

The first reason for his dismissal the ex-policeman called chronic fatigue.

“Who does not know the schedule in the patrol officer is: a 2 day, 2 day, 2 night, 2 day at home. This is an average of 13 working hours. And if the day changes, things are going normally, in spite of their much greater richness of events, then two night in a row I haven’t been able to get used to it “, – he said.

“Add to this more regular classes on office preparation, organized, contrary to the order 50, on weekends, the outputs of the amplification, in honor of holidays or the arrival of” kings “, plus the need to be in the running for the other issues,” added Fry.

The second reason for his dismissal, he called unsatisfactory wages.

“When I auditioned at the interview I asked a reasonable question:” What will you do when after a year, the promised 8000 UAH will turn out normal amounts of mockery? “-” To take a bribe I won’t, because you will be released without hesitation, ” answered then I only lied about the fluctuations. 8000 is three hundred dollars! In terms of the course, which was in the criminal power is 2500 UAH. The salary of a washer at the car wash, waiter or But at the bus station, ” writes Fry.

According to him, wages could be less 8000 hryvnia, if the user decides to take the prize. “This figure still have to try to obtain, given the practice of leadership – deprivation of the award as a punishment for … for anything. For such a complex, dangerous, responsible, and associated with an increased corruption risk service is a disgrace and the bottom, ” – said Fry.

A third reason for the ex-patrol called the requirement for the implementation of the plans, eventually something comes to issuing fines for Smoking in public places, regulations for crossing the roadway in the wrong place and raids to combat not wearing seat belts. “Plans are! Talk about them on the commander’s briefings and then in disgust, trying not to use numbers, relay personnel … In the end, there are regulations for crossing the roadway in the wrong place, issued in absentia, the fines for Smoking in prohibited places not, raids against not wearing seat belts, protocols including under article 130 of the user with a conscious disorders, and other excesses it is pulled into article 366 of the Criminal code. Judicial prospect of such materials understood in advance, but few people care about. Work on the cart and be good! “, – wrote Anton Malkov.

However, the former patrol officer said that despite these shortcomings, he is proud that he worked in patrol police. “I believe the emergence of the patrol police positive change in our country and I am proud that I was lucky to serve the Ukrainian people. I’m not awarded with medals, but most importantly, I served with full dedication and in conscience, stars in the sky did not catch, do not abuse the power and not enjoying the use of physical force. Police really taught me a lot, including to appreciate simple things. I will miss, noble psychological fatigue, physical exhaustion at the end of a shift, mixed with a sense of accomplishment, adrenaline, crazy dynamics, the feeling of importance, relevance, what you’re doing and very importantly, the feeling of brotherly shoulder, ” – concluded Anton Malkov .