Home / Society / Patriotism of the American sample we have not expected 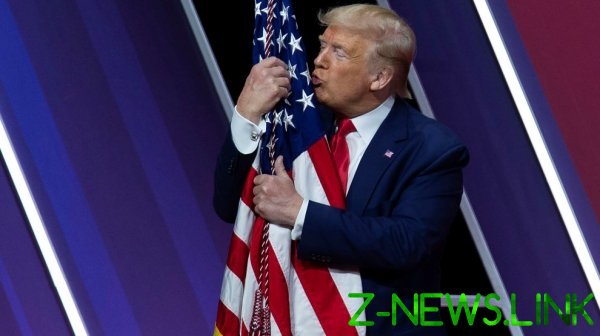 American patriotism, sometimes comical in its sincerity, is due to an array of reasons, absolutely didn’t apply to us.

1. National ideology, originating from the cradle of the country (“we’ll leave steeped in Vice Britain and make a fair bogoboyaznennost the country without tyrants”) and not desecrated several times as we have.

2. Outspoken cultural and political dominance on the continent — because of remoteness from Europe, the Americans rarely travel outside of the country except their native country see nothing. Large there is no.

3. The short stories — all countries in such a simple civil religion are the backdrop for some events in American history. Britain was trying to oppress us, France gave Lafayette the Italians and the Chinese, we were discriminated against, and so on. In Russia there is a marginal theory that “the West throughout its history has tried to enslave us”, but it is a stillborn design, obviously alien to the great European country of Russia.

4. The real political power and objective achievements. Paragraph 4 to some extent applicable to us, but first, the question among such achievements, and secondly, in terms of the still ongoing in the minds of civil war, creating history of the unified narrative we have is almost impossible. In a healthy head can not get imposed the absurd point of view “and Nicholas II, and Lenin did everything right.”

Finally, as the sociology, the real level of patriotism — contrary to the superficial impression is much higher in countries where valued personal achievement and individualism and not collectivism and the interests of society.

Mass marches and campaigns to build, be less effective than a simple belief “in my country, I will not let anyone consider yourself an idiot, I free to decide, what to establish rules and which leaders to choose, and because I love my country and will defend it”.

So the patriotism of the American sample we have not expected. The more imposed on children in school lessons.