On the thumbnail of that video was the picture, which was a new poster. And we got it in good quality. Think hero Liam Neeson knows that he is trapped in a very unpleasant story.

Yesterday his day started with a commute in the same train, in the company have long been familiar faces, but tonight, a mysterious stranger invites him to participate in the experiment. One stop to decide, and the only chance in a thousand to win. Beware, the game starts.

See also:  Frank castle is ready for demolition - a new poster "the Punisher" from Netflix

Director Jaume collet-Serra is known for a lot of genre and okolosustaveh films (“House of wax”, “Child of darkness”, “Shallow”), and all of them were in one degree or another are suitable. And with Neeson connects them long-standing and fruitful cooperation: “Unknown”, “Air Marshal” and “Night of the running man”. In General, the pair of them, you can expect quality and intense Thriller, to the fortuneteller do not go. Especially in this case, and the rest of the castes at the level of: favorite horror community demonologists. in the face of Faith Farmiga and Patrick Wilson, Jonathan banks (“breaking bad”, “Better call Saul!”), Sam Neill (“Jurassic Park,” “In the mouth of madness”), Clara Lago (Bunker) and others.

See also:  Victor Crowley's next: the release date and a poster!

World and Russian premiere was announced on 11 January 2018, but the domestic release was pushed back already on 8 March. 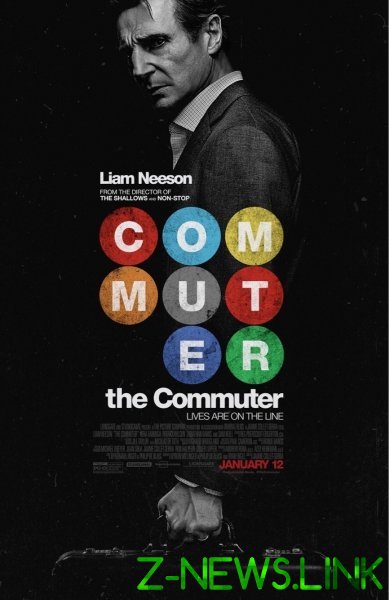