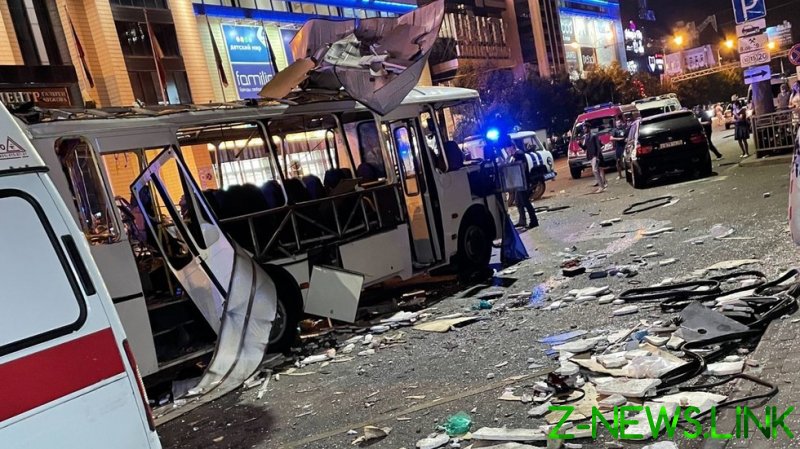 The incident took place by a large shopping mall in the city’s center late on Thursday.

The powerful blast occurred when the passengers were boarding the vehicle at a bus stop.

Some 30 people were on board at the time of the explosion, the driver of the bus, who survived the blast, told local media.

Footage circulating online shows the bus was heavily damaged by the explosion, with its body panels and roof torn off.

At least 12 people have been injured in the blast, including one woman who had her legs blown off, local media reported, citing sources.

The vice governor of the Voronezh Region told the media that terrorism is not being considered by the authorities at this stage of the investigation. At the same time, the region’s Governor Aleksandr Gusev, who arrived at the scene of the blast, said public transport drivers will be instructed to remind passengers to report any suspicious objects on board.