Parubiy showed the “secrets” the building of the Ukrainian Parliament. Video 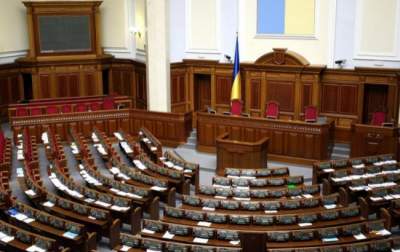 Under the Rada were well-protected underground tunnels.

In the center of Kiev under the building of the Verkhovna Rada and the Cabinet of Ministers, is a well-protected underground passages, which in case of danger, will allow the country’s leadership is safe to leave the capital.

Journalists were shown one of the underground passages located under the houses of Parliament, and also spoke about the most protected locations Welcome.

So, the safest place was the office of the speaker in that Cabinet was going to guide the country in the most tense moments of Russian aggression, and this sent orders to the troops.

In addition, the journalists recalled the events of August 31, 2015, when front of the Parliament building detonated a grenade and killed 4 people and many MPs from the premises and not come out.

It later emerged that the MPs had used a network of underground passages that connect the houses of Parliament, the Cabinet and the presidential Administration and given the opportunity to leave the government quarter in minutes in the event of danger.