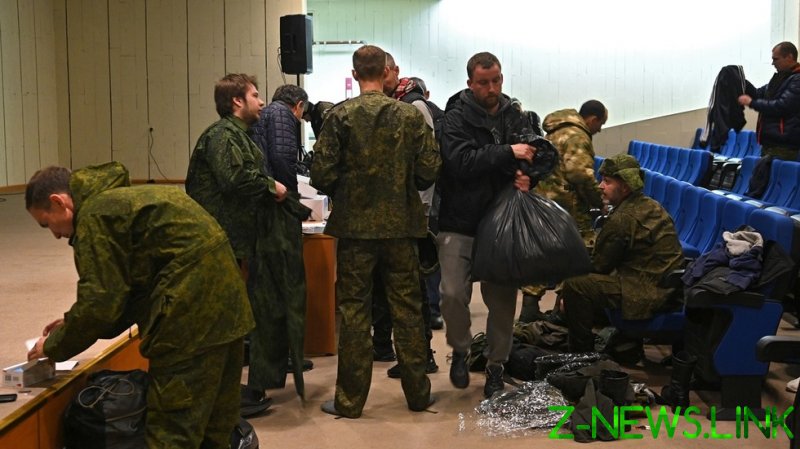 Moscow is shutting down mobilization stations on Monday, after completing its plan for enrolling military reservists, Mayor Sergey Sobyanin has announced. He added that the draft notices already sent to people’s homes and workplaces are no longer considered valid.

“The mobilization has been a serious test to thousands of families in Moscow, whose fathers, husbands, and sons are on the way to the army now. Nevertheless, the targets for partial mobilization have been met thanks first and foremost to the responsibility, honor, and patriotism of Muscovites,” Sobyanin said on his official blog.

On behalf of the city council, he expressed his gratitude to the people of Moscow who are putting their lives on the line, and pledged full support for their families.

“We will hope and pray for you to come back alive and well. To come back with a victory. To defend the safety and independence of our nation,” he said.

The Defense Ministry said it wanted all parts of Russia to contribute a total of 300,000 people to bolster the army.