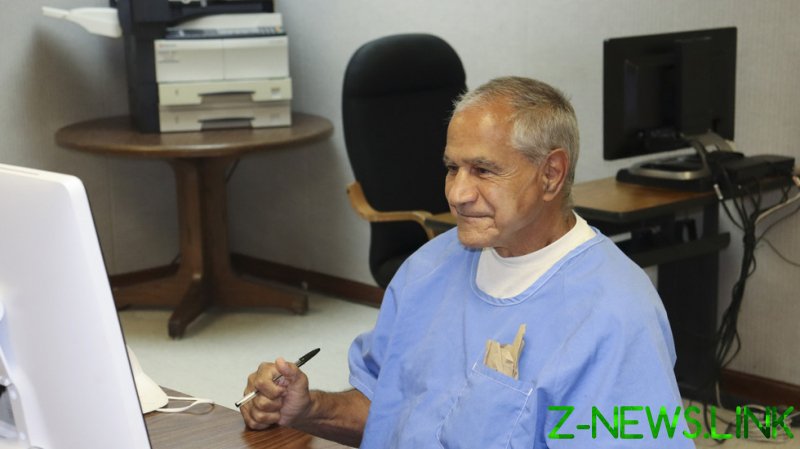 The two-person panel voted for Sirhan’s parole on Friday after he was denied during fifteen previous hearings for showing little remorse. The decision will now be subject to a review by the full board that will last 120 days. Sirhan’s ultimate release will hinge on approval by California Governor Gavin Newsom.

Friday’s hearing was the first for Sirhan when the prosecution attorney did not show up to contest his case. The absence of the prosecutors is in line with the Los Angeles County District Attorney George Gascon’s new policy, arguing that prosecutors should not interfere with the parole process.

Sirhan, who has since long claimed that he does not remember the assasination, reportedly said at the hearing that he was no longer “that young impulsive kid” who was found guilty of the younger Kennedy’s June 5, 1968 murder, vowing to “always look to safety and peace and non-violence.”

Sirhan was initially sentenced to death for the assisination Kennedy, then a Democratic presidential hopeful, but was removed from death row following a 1972 decision by the California Supreme Court to outlaw capital punishment.

Kennedy was gunned down after midnight on June 5, 1968, shortly after he delivered a speech to his supporters at The Ambassador Hotel in Los Angeles, celebrating his victory in key California and South Dakota primaries. The Democratic favorite was reportedly heading to a press room when he decided to take a short-cut through the kitchen where he was shot. Five other people were injured in the incident.

Some US media at the time reported that Sirhan shouted “Let me explain! I did it for my country,” as he was being wrestled down by one of Kennedy’s bodyguards. In a 1980 interview, Sirhan claimed that he was drunk and felt triggered by the senator’s support for Israel during the 1967 Six Day War, the first anniversary of which was celebrated by Jewish Americans days prior to the assasination. In his first television interview in 1989, Sirhan, who was born to an Arab family in Jerusalem, said that he felt “betrayed” by Kennedy after the senator backed a proposal to send US fighter jets to Israel “to obviously do harm to the Palestinians.”

While Sirhan was the sole person found guilty in Kennedy’s murder, the assasination has given rise to conspirancy theories after new evidence in the case emerged in 2004. A rediscovered recording of the shooting was studied by audio engineer Van Praag, who argued that a total of 13 shots may be heard on the tape, while Sirhan’s revolver had fired only 8 bullets. While some other sound experts dismissed the findings, deeming the additional shots a figment of Praag’s imagination, others seized on the report, believing it to be evidence that another gunman was on the scene.

Kennedy’s son Robert F. Kennedy Jr., who spoke in favor of Sirhan’s parole before Friday’s hearing, has emerged as one of the most ardent supporters of the multiple gunmen theory. Paul Schrade, who was injured in the shooting but survived, later came out and claimed that while Sirhan shot him, another gunman shot Kennedy.

At the previous parole hearing, Sirhan refused to confess to the murder, saying that “legally speaking I’m not guilty of anything.” A judge who rejected his appeal to set him free in 2015 ruled, however, that even if there was sufficient evidence for the jury to believe that there were more than one gunman at the scene, it would not have changed Sirhan’s sentence. “Even if the second shooter’s bullet was the one that killed Senator Kennedy, petitioner would be liable as an aider and abettor.,” the judge said.